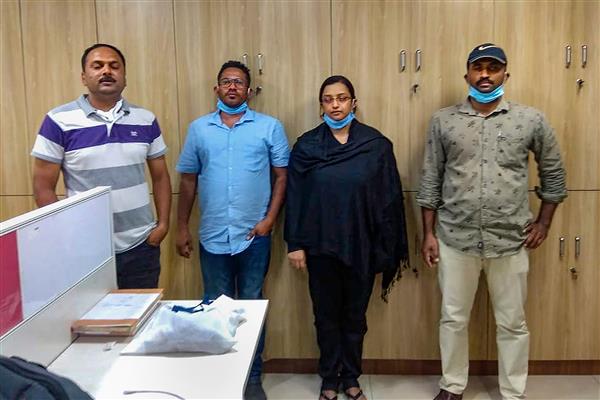 The Prisons Department in Kerala on Thursday launched a probe into a viral voice clip claimed to be that of gold smuggling case prime accused Swapna Suresh, which had been released by an online portal.

Prisons Department DGP Rishiraj Singh directed South-zone DIG Ajaykumar to probe the matter, in which a suspected undertrial prisoner’s voice clip was circulated and submit the report on Thursday itself.

“DIG south zone is probing the matter. The genuineness of the voice note will also be probed. We will seek the help of the cyber cell of Kerala police in the matter,” Singh told the media.

In the clip, released by an online news portal on Wednesday evening, the voice claimed to be that of Suresh is heard alleging that the investigating agencies probing the gold smuggling case had forced her to take the name of Chief Minister Pinarayi Vijayan which she refused to do.

She was asked to sign documents regarding her statement without letting her read them, it was alleged in the purported clip.

Ajaykumar on Thursday morning reached the Attakulangara women’s prison near here, where Suresh is lodged, to initiate the probe.

A special court dealing with the Economic Offences had on Tuesday extended the judicial custody of Suresh and another accused, Sandeep Nair, till December 1.

Various central investigating agencies are probing the gold smuggling case after nearly 15 kg of gold was seized on July 5 from diplomatic baggage addressed to the UAE consulate here.

Both Swapna Suresh and Nair are in preventive detention under the Conservation of Foreign Exchange and Prevention of Smuggling Activities (COFEPOSA) Act. PTI