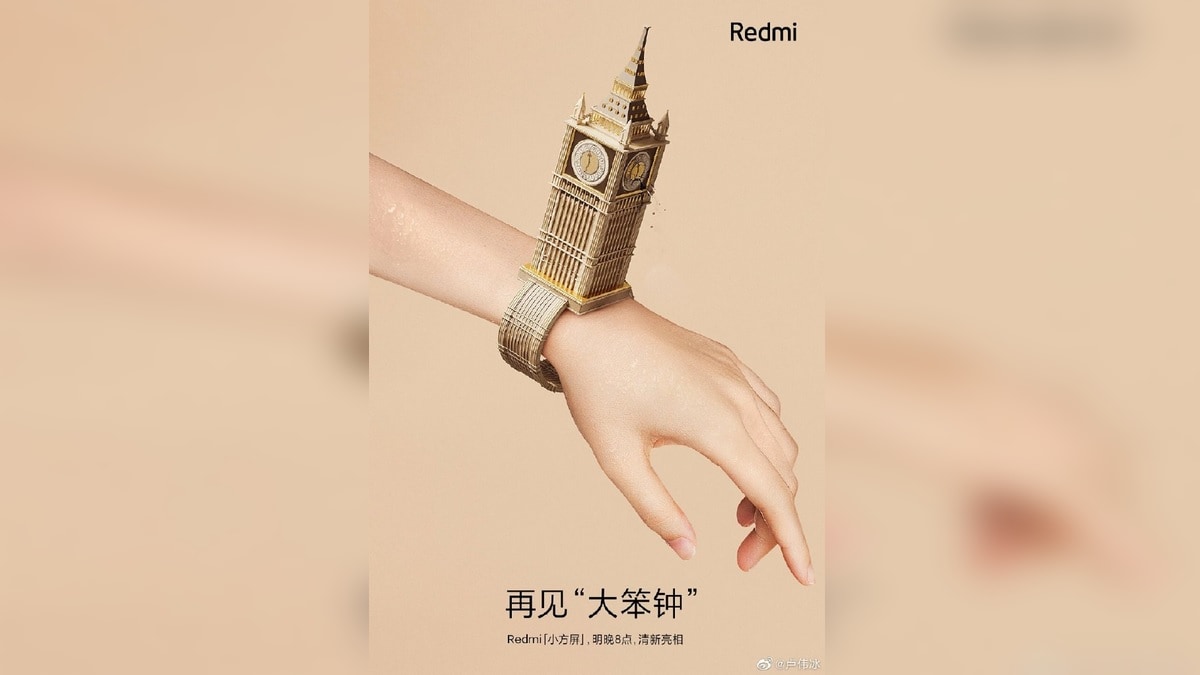 Redmi smartwatch will be launched in China on Thursday, November 26, Redmi General Manager Lu Weibing has shared through a post on Chinese microblogging website Weibo. Details about the smartwatch are scarce but it is believed to be a rebranded Mi Watch Lite that was spotted in a US FCC listing last month. The company will hold an event for the launch in China at 8pm local time (5:30pm IST). Xiaomi will also be unveiling its new Redmi Note 9 series phones on November 26, likely at the same event.

If it actually turns out to be a rebranded Mi Watch Lite, some of the specifications become clearer as the FCC listing showed a 1.41-inch HD color display, built-in GPS, and 24-hour heart rate tracking. It also mentioned that the watch will be water-resistant up to 50 metres, have swim stroke recognition, multiple fitness modes, and a screen auto-brightness feature. The FCC listing also stated that the smartwatch with model number REDMIWT02 will come with a 230mAh battery.

The Mi Watch Lite was also reportedly spotted in a UL (Demko) certification listing with the same model number. The Smartwatch itself is a toned-down version of the Mi Watch that launched in China in November starting at CNY 1,299 (roughly Rs. 14,300). It features a 1.78-inch AMOLED display, Qualcomm Snapdragon Wear 3100 SoC, 1GB RAM, and a 570mAh battery.

Xiaomi will launch its Redmi Note 9 series phones tomorrow as well and the Redmi smartwatch can be expected at the same event.

iPhone 12 Pro Series Is Amazing, but Why Is It So Expensive in India? We discussed this on Orbital, our weekly technology podcast, which you can subscribe to via Apple Podcasts, Google Podcasts, or RSS, download the episode, or just hit the play button below.

The world's biggest social media company has been at loggerheads with Apple's 'App Tracking Transparency' feature. (Subscribe to our Today's Cache newsletter for a quick...
Read more

SaaS Employees Get 30% More Salary Than IT Employees: 5 Top SaaS Skills In Demand

India : With all the hype in the pandemic and job situation in the job market, getting a job is tough for engineers in India...
Read more

Realme 8 5G was launched in India on Thursday, April 22 a day after its Thailand debut. The Realme phone comes with a 90Hz...
Read more
Bharat News