Retail inflation declines to 6.93% in November

Religious and political events major factors that accelerated COVID-19 transmission in India: WHO 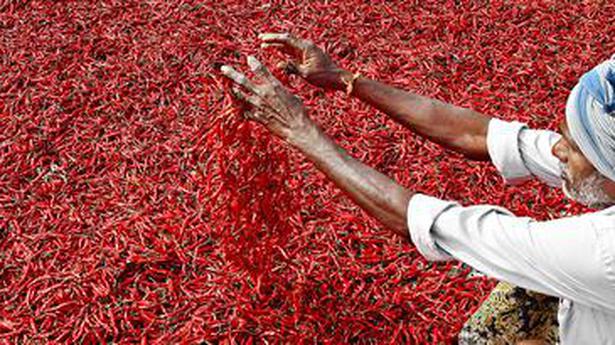 Retail inflation declined to 6.93% in November on softer food prices, though it remained above the comfort level of the Reserve Bank.

Retail inflation based on the Consumer Price Index (CPI) stood at 7.61% in October.

According to the CPI data released by the government on Monday, inflation in the food basket was 9.43% in November, down from 11% in the previous month.

The RBI, which mainly factors in retail inflation while arriving at key policy rates, has been mandated by the government to keep inflation at 4% (+, – 2%).

The central bank had maintained status quo in the policy rate earlier this month due to high inflation.

Tesla Inc`s top boss Elon Musk said in a series of tweets on Wednesday that the company expects to...
Read more
Business

Poco is offering an extended warranty to all customers whose warranty was set to expire in the months of May and June. Poco has...
Read more
Technology

Bank Holiday today, tomorrow: List of cities in which banks will remain shut

On account of Id-Ul-Fitr, banks will remain closed in most parts of the country today (13 May)...
Read more

Sensex, Nifty Closed For Trading Due To Id-Ul-Fitr

<!-- -->Eid ul-Fitr is celebrated by Muslims worldwide to mark end of Ramadan, the month of fastingThe BSE Sensex and NSE Nifty are closed...
Read more

The idea is to provide protection against drawdowns, market falls and economic collapses to a certain degree and at the same time...
Read more
Bharat News