Rolling with it, Keith Richards is chilling in the garden 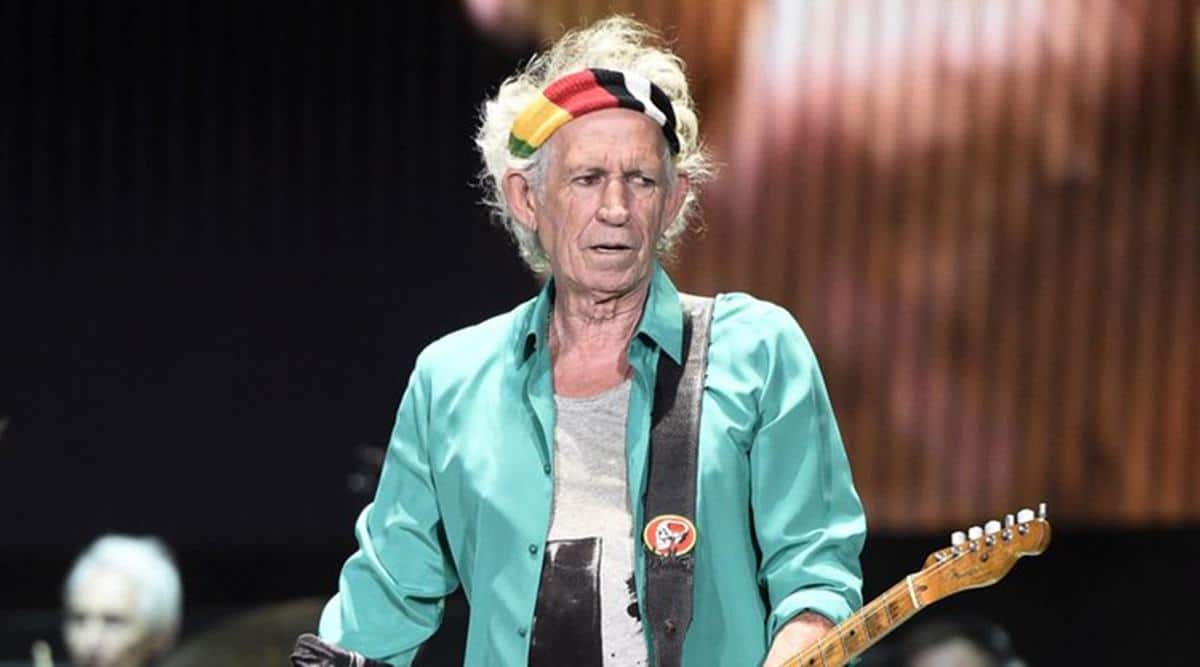 Keith Richards gets candid about his life during the pandemic. (Photo by Chris Pizzello/Invision/AP, File)

Keith Richards is so old-school that when he does his interviews — he’ll do so from a landline.

The Rolling Stones icon isn’t a fan of technology. Years ago he admitted to not owning an iPod when the device was most popular. He’s one of the few people who hasn’t downloaded Zoom during the pandemic. And he doesn’t even own a cell phone.

“I’m not at all hooked in any high-tech internets,” he says. “I don’t even have a (cell) phone, man. I’m talking to you from a landline. Why would I want a (cell) phone? You crazy?”

The unbothered 76-year-old rocker has been home for a full year now — a first for Richards, he reveals. He, Mick Jagger, Ronnie Wood and Charlie Watts wrapped part of their No Filter Tour in August 2019, and they had plans to hit the road again in May 2020, but things changed following coronavirus outbreak.

“I saw the garden grow, really quite unbelievable,” Richards explains. “Usually I come, it’s spring and suddenly it’s fall when I get back. I spent the whole summer actually admiring the garden and also doing a bit of gardening myself; watering the veggies and the stuff. I got into a more probably normal way of life, which is un-normal.”

While some performers in their seventies, including Stevie Nicks and Bruce Springsteen, fear the pandemic is preventing them from hitting the road during their key years, Richards isn’t too concerned: “I can’t say I feel like a year has been stolen. I’ll just make up for it later.”

“I’m getting antsy,” he admits. “I guess I can take a year off but it’s in the bones. I guess after all these years, it’s in our calling, the body and everything. It’s like, ’Come on, where’s our show, brother?′ It’s kind of a little weird, but at the same time, we’ve all got greater things to deal with at the moment.”

In the meantime, Richards does have something to give his die-hard fans that involves live music: On Friday he’s releasing a limited edition box set of his 1988 concert at the Hollywood Palladium recorded during his first solo tour.

“Live at the Hollywood Palladium” will be available on CD, vinyl and digitally, and the show was in support of “Talk Is Cheap,” his first solo album also released in 1988. He’s backed by The X-Pensive Winos, a group of all-star players and good friends, including drummer Steve Jordan, guitarist Waddy Wachtel, bassist Charley Drayton, keyboard player Ivan Neville, singer Sarah Dash and the late Bobby Keys, who played saxophone during the shows.

The tour came at an uncertain time for the Rolling Stones — some thought the group might break up.

“The Winos came together because of the Stones around ’86 said, there was a definite hiatus. Let’s put it that way,” Richards says, laughing. “It’s understandable, especially in retrospect, after those many years, Mick and I and the whole band (thinking), ‘Is the whole world just the Rolling Stones?’ I suppose it was that kind of feeling. And I think Mick had it more than I did. But at the same time, we did need a break from each other and as it turned out, it was a great help to us both.”

Richards admits being a bandleader allowed him to fully understand what it was like to wear Jagger’s shoes: “I learned so much about what Mick’s job is — about being the frontman. That opened my eyes to it.”

“With the Stones, I do a couple of songs anyway, so my appetite was kind of wetted that way. I wasn’t totally foreign to the idea of it. Although, doing the whole show like that, yeah, that’s what I appreciated (about) Mick’s job,” he continued. “It’s a relentless thing being the frontman. In the Stones, I can move back and forth, hide behind Charlie or stick my nose up. With the Winos, there’s no retreating.”

Though Richards is currently in the US and Jagger is in Europe, they’ve been in touch and have even traded song lyrics for the new Stones album.

“We kind of got used to that ever since the exile. Having to work at a distance up until they threw us out of England,” he says. “Over the years we’ve figured out how to put our stuff together in different ways. We’re writing stuff now. I think we have about half an album done. We kind of got hung up because of the usual, 2020. I haven’t seen any of the boys since last year. We talk, but I haven’t actually seen them. We can’t finish this album that we’re working on.”

The world got a taste of what the album sounds like with the track “Living in a Ghost Town,” which was written before the pandemic but released during it because the band felt it strongly resonated with the current times.

“Once the thing hit, I called Mick and said, ‘This ‘Ghost Town’ is so appropriate, man. Let’s put it out.’ We did. It was amazing. It sort of became an anthem in Europe for the whole damn thing, up till now. Let’s say, for wave one,” he says.

Farm unions under the Samyukt Kisan Morcha banner and 10 Central trade unions have agreed to carry out a...
Read more
Trending

Third phase of vaccination against COVID-19 gets off to a start; technical glitch in CoWIN2.0 portal delayed registration of names The third phase of the...
Read more
National

Usually, the CICSE board exams are conducted in February-March. The Council for the Indian School Certificate Examinations (CICSE) will conduct board exams for classes 10...
Read more
Trending

Farm unions under the Samyukt Kisan Morcha banner and 10 Central trade unions have agreed to carry out a joint campaign, combining their demands...
Read more

Third phase of vaccination against COVID-19 gets off to a start; technical glitch in CoWIN2.0 portal delayed registration of names The third phase of the...
Read more

Usually, the CICSE board exams are conducted in February-March. The Council for the Indian School Certificate Examinations (CICSE) will conduct board exams for classes 10...
Read more

Days after a show of strength by a section of the Congress group of dissenters (the “G-23”) in Jammu, a key member of the...
Read more
Bharat News