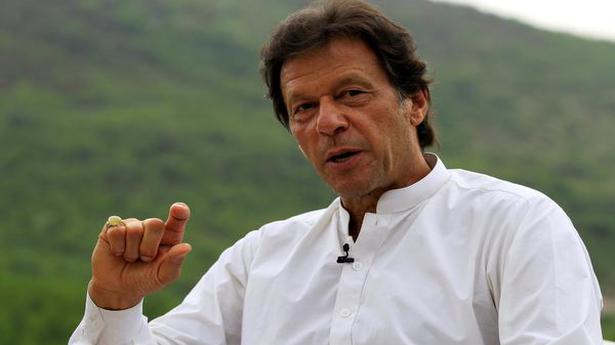 The ruling Pakistan Tehreek-e-Insaf Party took the initial lead on Monday as the counting of votes was underway for the 23 legislative assembly seats in Gilgit Baltistan in northern Pakistan, according to media reports.

India has slammed Pakistan for its decision to hold elections in Gilgit-Baltistan and said any action to alter the status of the militarily-occupied region has no legal basis.

There are 24 seats for the contest but polling on one seat was postponed, leaving 23 seats up for grabs. As many as 330 candidates, including four women, are in the contest, polling officials said.

It is the third election for the current legislative assembly after political reform introduced in 2010.

Traditionally, the party ruling in Islamabad has won the Gilgit-Baltistan polls. The first election was won by the PPP when it got 15 seats, followed by PML-N, the then ruling party in 2015 when it won 16 seats.

Regardless of who wins the polls, it is expected that some changes in the status of the region would be announced after the new government was formed in the region.

In a ruling earlier this year, the Pakistan Supreme Court allowed Islamabad to amend a 2018 administrative order to conduct general elections in the region. The Gilgit-Baltistan Order of 2018 provided for administrative changes, including authorising the prime minister of Pakistan to legislate on an array of subjects.

Following the verdict, India issued a demarche to a senior Pakistani diplomat in New Delhi and lodged a strong protest over the apex court ruling.

India also clearly conveyed to Pakistan that the entire Union territories of Jammu and Kashmir and Ladakh, including the areas of Gilgit and Baltistan, are an integral part of the country.

The polls in Gilgit-Baltistan were to be held on August 18, but Pakistan’s election commission on July 11 postponed them due to the coronavirus pandemic.

The five-year term of the previous assembly had ended on June 24, bringing an end to the five-year rule of the Pakistan Muslim League-Nawaz (PML-N).

Despite four portfolio reshuffles in the State Cabinet in the last week alone, disgruntlement among Ministers over the departments allotted to them is...
Read more
Entertainment

Watch | Supporters celebrating the release of Sasikala outside the Victoria...

US President Joe Biden and Russian leader Vladimir Putin held their first conversation as counterparts on Tuesday in a phone call that underscored troubled...
Read more

Sri Lankan government has appointed a three-member committee which will make recommendations on measures to stop poaching by Indian fishermen inside the country's...
Read more
Bharat News