Rupee opens on flat note against US dollar 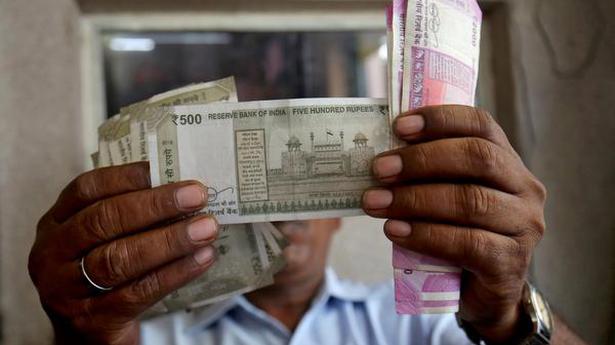 The rupee opened on a flat note and was trading in a narrow range against the US dollar in opening session on Friday on sustained demand for the greenback from importers and banks amid weak risk appetite.

On Thursday, the Indian rupee settled at 74.64 against the US dollar.

The rupee started on a flat note against the greenback as “RBI continues to mop up fund inflows and as weak risk appetite could limit appreciation,” Reliance Securities said in a research note.

It further added that the US dollar was flat to marginally weaker as vaccine optimism faded.

“The risk sentiment soured as investors turned their focus back to surging cases, possibility of fresh restrictions and delay in passage of second stimulus in the US,” said Abhishek Goenka, Founder and CEO, IFA Global.

The dollar index, which gauges the greenback’s strength against a basket of six currencies, was up 0.02% to 92.98.

Foreign institutional investors were net buyers in the capital market as they purchased shares worth ₹ 1,514.12 crore on a net basis on Thursday, according to exchange data.

Industrial Production Grows 22.4% In March: All You Need To Know

The rupee declined by 8 paise to close at 73.42 (provisional) against the US currency on Wednesday amid risk aversion in the global markets...
Read more
Bharat News