Sasikala’s release will have no impact on AIADMK, says CM 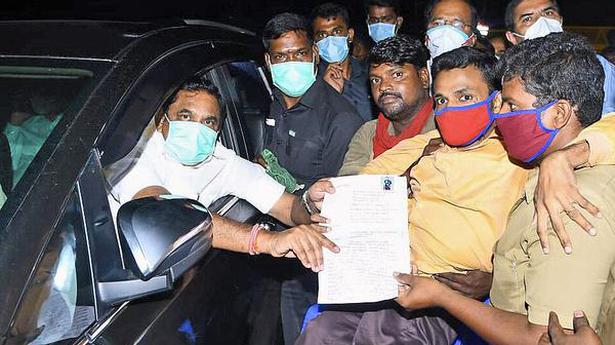 The release of V.K. Sasikala will have no impact on the AIADMK, asserted Chief Minister Edappadi K. Palaniswami in Coimbatore on Wednesday.

He addressed the mediapersons at Coimbatore International Airport. “As far as we are concerned, there will be no change,” he said in response to a question on whether Sasikala’s release will cause any changes in the party. Sasikala, a confidante of former Chief Minister Jayalalithaa, is serving a four-year prison sentence in Bengaluru in a disproportionate assets case.

The State government has not yet decided on the reopening of schools amid the COVID-19 pandemic, Mr. Palaniswami said. All precautionary measures for the northeast monsoon, including a 24-hour control room, have been arranged by the government, he said.

Mr. Palaniswami cut short his press meet after engaging in a spat with a television news reporter, who accused the State government of allegedly indulging in self-praise about the 7.5% horizontal reservation.