SEBI moves SC for payment of ₹ 62K crore from Sahara firms, wants Subrata Roy in custody if not paid 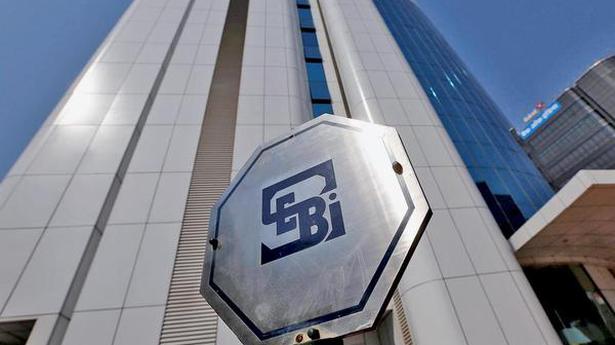 In its intervention application stated the contemnors have not been complying with the orders.

Markets regulator SEBI has moved the Supreme Court seeking direction to two Sahara firms to pay ₹ 62,602.90 crore in compliance with the court’s earlier orders, failing which the group’s chief Subrata Roy be taken into custody.

SEBI said the contemnors, Roy and his two firms — Sahara India Real Estate Corporation Ltd. (SIRECL) and Sahara Housing Investment Corporation Ltd. (SHICL) — are in gross violation of various orders passed by the court regarding the deposit of entire monies collected along with the interest.

Despite the top court granting various reliefs to Roy and his firms, they have neglected and failed to comply with various orders passed by this court, the Securities and Exchange Board of India (SEBI) said.

In its intervention application filed on November 18, SEBI said the “contemnors have not been complying with the orders passed by this Court despite the long rope provided to them” and their liability is increasing daily.

“The contemnors are enjoying their release from custody’ as granted by this court vide order dated May 6, 20l6, further extended by this Court from time to time ‘without even any attempt at compliance with the orders passed by this Court,” it said.

The markets regulator said that it would be just, expedient and in the interest of justice that this court pass appropriate orders directing the Saharas to forthwith deposit the balance amount, which was ₹ 62,602.90 crore as on September 30 this year, in SEBI-SAHARA refund account.

Failing this, SEBI said, “the contemnors may be directed to be taken into custody” as was directed by the top court in its verdict on June 15, 2015.

The top court on August 31, 2012 in a series of directions had directed that SIRECL and SHICL would refund the amount collected from individual investors or group of investors, with interest of 15 per cent per annum to SEBI, from the date of receipt of the subscription amount till the date of repayment within three months to be deposited in a nationalised bank bearing maximum rate of interest.

The Sahara firms were also directed by the top court in 2012 to furnish the details with supporting documents to SEBI for establishing whether they had refunded any amount to the persons who had subscribed to the groups schemes.

The SEBI further stated that in terms of the 2012 order of the top court Sahara firms have till date deposited ₹ 15,455.70 crore which has been invested in fixed deposits of various nationalised banks and as on September 30, 2020, the total amount along with interest earned in SEBI-Sahara refund account is ₹ 22,589.01 crore.

It said that out of the total outstanding principal liability of ₹ 25,781.32 crore, SEBI has realised only ₹ 15,455.70 crore from Saharas and from sale of properties of the group.

On January 24, the top court had exempted Roy and two other directors from personal appearance till “further orders” in a case related to their alleged failure in depositing over ₹ 25,700 crore in the SEBI-Sahara account for returning investors’ money.

The top court, on January 31 last year, had directed Roy and two other directors, Ravi Shankar Dubey and Ashok Roy Choudhary, to personally appear before it “to enable the court to pass appropriate orders so that the law can take its own course and reach the desired conclusion”.

It had said that the efforts of the Sahara group to pay back did not “inspire the confidence of the court” as its order for deposit of over ₹ 25,700 crore has not been complied with so far.

Roy was sent to the Tihar Jail by the apex court on March 4, 2014 and came out on parole after spending over two years in prison on May 6, 2016 to perform the last rites of his mother Chhabi Roy. He has been out of prison since then.

Earlier, the apex court had noted that the Sahara group has already deposited around ₹ 20,000 crore in the SEBI-Sahara account, which includes ₹ 15,000 crore principal amount and ₹ 4,800 crore interest.

In July 2018, the auctioning process of Sahara group’s prized Aamby Valley properties was put off by the top court after it was informed that the auction notice did not elicit any response from prospective buyers.

Roy and two other directors were arrested for failure of the group’s two companies — SIRECL and SHICL — to comply with the court’s August 31, 2012 order to return ₹ 25,000 crore to their investors.