Sensex declines over 200 points in early trade; Nifty slips below 12,700

116 people infected with UK variant of COVID-19 in India: Govt 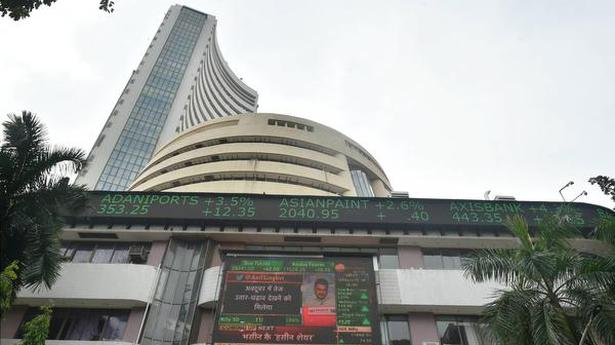 IndusInd Bank was the top loser in the Sensex pack.

IndusInd Bank was the top loser in the Sensex pack, shedding around 3 per cent, followed by HDFC twins, Kotak Bank, SBI, Axis Bank and ICICI Bank.

On the other hand, M&M, Sun Pharma, Infosys, HUL and Nestle India were trading with gains.

The government on Wednesday approved a Production-Linked Incentive (PLI) scheme for ten key sectors, including telecom, automobiles and pharmaceuticals, taking the total outlay for such incentives to nearly ₹ 2 lakh crore over a five-year period.

Foreign institutional investors remained net buyers in the capital market as they purchased shares worth ₹ 6,207.19 crore on Wednesday, according to provisional exchange data.

Domestic trade set up does not look inspiring as of now as the market is expected to take a pause here, said Arjun Yash Mahajan Head Institutional Business at Reliance Securities.

“However, the possibility of announcement of additional fiscal stimulus by the government shortly may keep sentiment alive,” he added.

Finance Minister Nirmala Sitharaman is scheduled to address the media later in the day.

On the global front, US equities ended mostly higher mainly supported by technology stocks as continued surge in new coronavirus cases and resultant restrictions in select cities in the US made investors flock to stocks which emerged as winners during lockdown, Mr. Mahajan said.

Elsewhere in Asia, bourses in Shanghai and Tokyo were trading higher in mid-session deals, while Hong Kong and Seoul were in the red.

Meanwhile, the international oil benchmark Brent crude was trading 0.18 per cent higher at USD 43.88 per barrel.

All these persons have been kept in single-room isolation in designated healthcare facilities by respective State governments The number of people who have tested...
Read more
Trending

The actor-dancer turned Pirouette House in Thiruvananthapuram into a performance space Physics, art and dance blend into a captivating sequence of twirls, leaps and nimble...
Read more

<!-- -->The RBI could also suggest large NBFCs be required to maintain a cash reserve ratio.The Reserve Bank of India is likely to propose...
Read more