Shiv Sena hits back at Amruta Fadnavis over “Shav” remark 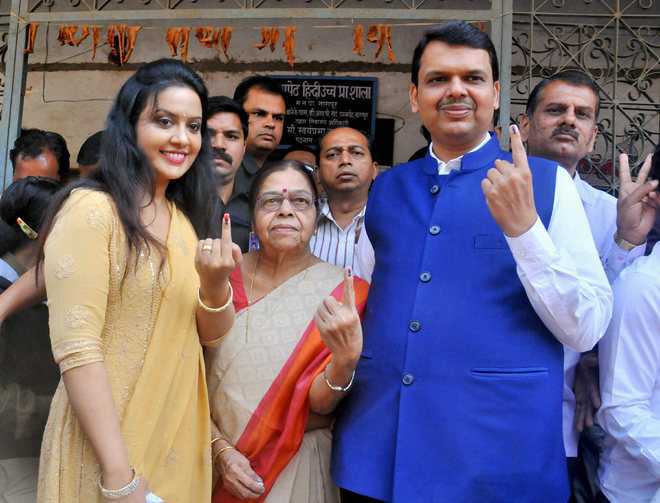 The Shiv Sena on Friday hit out at Amruta Fadnavis, wife of BJP leader Devendra Fadnavis, over her critical remarks against the party and said she should realise that every alphabet was important.

On Thursday, Amruta Fadnavis took a jibe at the Uddhav Thackeray-led party over its poor performance in the just held Bihar Assembly elections and called it “Shav (corpse) Sena”.

Hitting back, the Sena, which heads the MVA government in Maharashtra, told her to realise the importance of alphabets in her own name.

“Don’t bring bad thoughts in your mind during the auspicious occasion of Diwali,” Shiv Sena spokesperson Neelam Gorhe, who is also deputy chairperson in the Legislative Council, said in a statement here.

Gorhe said, “You will not benefit by calling the Shiv Sena names.”

“What is going on exactly? The Shav Sena did kill its own colleague (Congress) in Bihar. No matter where they are taking Maharashtra, but thanks for putting Bihar at right place,” Amruta Fadnavis, a banker, had tweeted.

Devendra Fadnavis, a former chief minister of Maharashtra, was the BJP’s election in-charge in Bihar, where his party put up a stellar show.

The Sena had contested certain assembly seats in Bihar, but failed to open its account and most of its candidates lost their security deposit (getting votes less than EC-mandated threshold).

The Congress, which fought in alliance with the RJD, won only 19 of the 70 seats it contested in Bihar with many observers blaming its poor show for the opposition bloc’s electoral loss.

The Sena and the Congress are part of the ruling coalition in Maharashtra. PTI

Thousands of Ayyappa devotees worshipped the Makarajyothi, a celestial light that appeared at Ponnambalamedau, a hill facing the...
Read more
World

Lady Gaga will sing the national anthem at Joe Biden's inauguration and Jennifer Lopez will give a musical performance on the West Front...
Read more
Entertainment

The teaser of Pawan Kalyan’s upcoming movie Vakeel Saab was released on Thursday, coinciding with the celebration of Sankranti. The film is the Telugu...
Read more
Trending