Sophia Loren makes her return to film: I’m a perfectionist 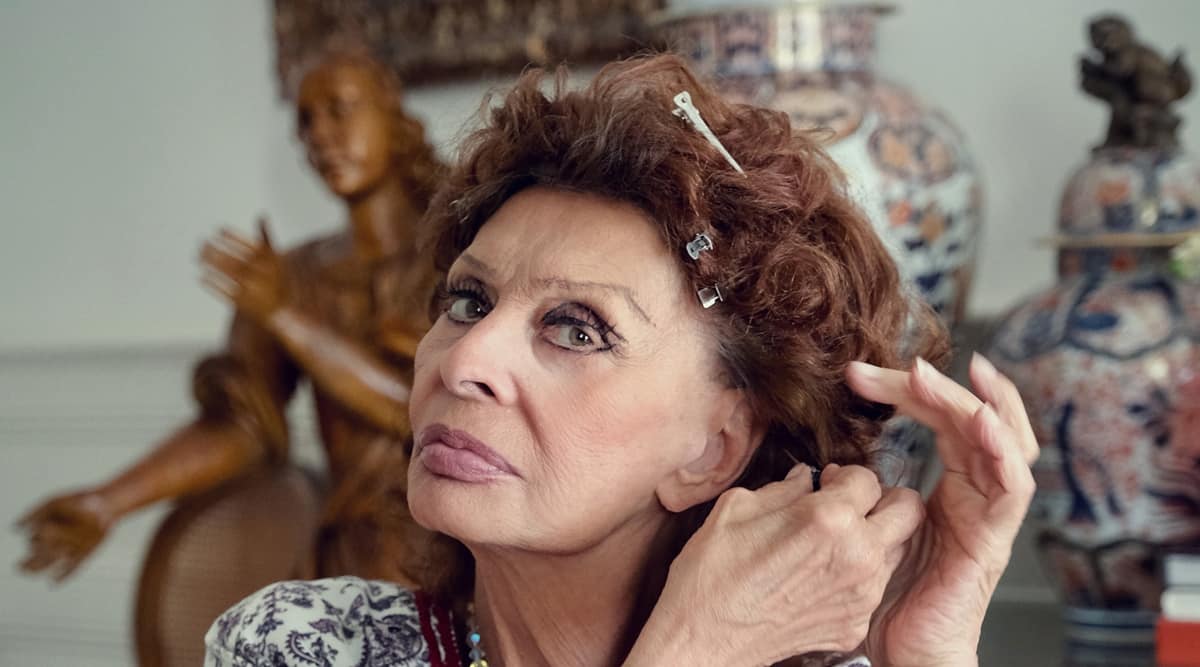 In The Life Ahead, Sophia Loren she plays an Italian Holocaust survivor known as Madame Rosa who takes in and eventually bonds with a Senegalese orphan. (Photo: Edoardo Ponti via The New York Times)

Whatever happened to Sophia Loren?

The question is prompted by The Life Ahead, the Netflix drama that premiered Friday and stars the Italian great who once practically defined international glamour. As it happens, her first feature since a TV movie 10 years ago combines her passion for film with the other great passion of her life, her family. Loren, now 86, has long prioritised them over her acting career, but with the new drama, she combines both loves: The movie’s co-writer and director is Edoardo Ponti, the younger of her two sons.

In The Life Ahead, Loren’s third collaboration with Ponti, she plays an Italian Holocaust survivor known as Madame Rosa who takes in and eventually bonds with a Senegalese orphan, Momo (Ibrahima Gueye).

The film’s message of tolerance drew her back to acting, but that need for a personal connection to her work has also made her choosy about projects, she said, speaking in rusty English. And while Loren, an Academy Award winner, has continued to influence contemporary pop culture (“Zoo Be Zoo Be Zoo,” her take on the pop song “Zou Bisou”, was covered in Mad Men, a show she hadn’t seen), she said she didn’t feel pressured to chase every trend.

In a phone interview from her home in Geneva, Loren spoke about aging gracefully, taking direction from her son and some of her favorite roles. Here are edited excerpts from the conversation.

A: At the time, I asked myself, “What do you want from life, Sophia?” I said, “I want a nice family,” which I had. “I want two children,” which I had. “But I never see them.” So I said to myself, “From now on, maybe I will slow down a little bit.” But I didn’t slow down just a little bit: I was simply not working anymore. Not because I didn’t love working; I wanted to know more about my family, because I was often living at the studio. I really surprised myself by saying, “Sophia, it’s better that you stop acting for now, and catch up later.” I stopped making films for a long time but was very happy because I saw my children grow up, get married and have their own children. [Carlo Ponti, her husband of 50 years, died in 2007.]

Q: What kind of scripts are you sent now?

A: I still get sent many scripts, but none spoke to me like “The Life Ahead” did. That’s why I didn’t work for almost 10 years. I wanted to find a role that really inspired and challenged me. Madame Rosa was that character, not only for her different and sometimes opposing emotions, but also for the message of tolerance, love and inclusion that the film expresses.

Q: You sometimes describe yourself as a “perfectionist,” and since The Life Ahead is your third collaboration with Edoardo: Has it gotten easier to take direction from your son?

A: I’m a perfectionist, but so is he. Edoardo gives me security. He also never gives up until I give him my very best. He doesn’t settle for anything less than that, and he knows exactly what buttons to push to get something out of me. When Edoardo says “This is it” after we film a scene, I know that my performance is exactly what he was waiting for. That’s a wonderful feeling for an actress, because you are sure of what you’re doing.

Q: What have directors like Vittorio De Sica taught you?

A: De Sica taught me to be true to myself and follow my instincts, not a trend. Easier said than done, but that’s important. I was 17 years old when I met De Sica. [She would work with him later in The Gold of Naples, 1954, the first of several collaborations.] To meet De Sica — he was a saint to me, the biggest director in the world. And he wanted to see me: “Ah, you are from Naples. I have something for you.” That’s how my film career started, with Vittorio De Sica.

Q: How important has it been for you to work with filmmakers that you have a personal connection with, either in real life or from watching their films?

A: Well, that was not possible when I started making movies in America. Working with great American actors was a great school for me, but it was also a totally foreign experience. I worked with Cary Grant and Frank Sinatra [on The Pride and the Passion, 1957] when I was 22, still a kid. At the time, I saw the possibilities that came with working in English, even rotten English, because it was not my language. But the sound of talking and music is very dear to me, and I learned English right away. I had a wonderful time when I first made American films. I did Desire Under the Elms, Houseboat — I don’t remember them all.

A: A role has to feel personal, because you do your best when you feel the role in your bones.

Q: Do you follow contemporary film or TV at all?

A: I mostly watch the news on television, but I did particularly like The Crown.

Q: In your memoir, Yesterday, Today, and Tomorrow, you describe your acting career as a “remarkable season of Italian cinema that I had the privilege and the honor to experience firsthand.” Do contemporary Italian movies and filmmakers not interest you as much?

A: I don’t watch many films or series anymore, but I must say that the work of Matteo Garrone and Paolo Sorrentino is a pleasure to watch, and they both happen to be Neapolitan!

Q: You did some voice acting in 2011, playing the voice of Mama Topolino for the Italian dub of Cars 2. What was that like?

A: I hadn’t seen many animated films, so I didn’t know what to expect from that role, but I must say that Cars 2 is one of my grandchildren’s favorite films.

Q: Do you consider yourself a religious or spiritual person?

Q: Is aging gracefully a conscious concern for you?

A: If you accept the aging process and live in the present, then you age gracefully.

Q: You’ve said that you greatly admire Daniel Day-Lewis, whom you starred with in Nine. Now that he has retired, who are your favorite contemporary actors or actresses?

A: I still like him a lot, regardless of if he works again or not! He is a great actor and always admirable. I also love Meryl Streep! She is a great actress.

“She is a great actress,” Sophia Loren says about Meryl Streep. (Photo: Edoardo Ponti via The New York Times)

Q: What advice would you give a young actress?

Q: Do you rewatch your movies?

A: I tend to judge myself very harshly, so it’s best that I don’t watch my films straight away. Sometimes I do, out of curiosity, if one of my films is on TV, or maybe with my children, because maybe they haven’t seen films that I made a long time ago. And sometimes, so many years have passed that watching myself is like discovering a whole different person. That’s an interesting experience. I like it.

Q: Are there performances that you’re especially proud of?

A: My role in Two Women means a great deal to me [she won an Oscar in 1962 for this De Sica film in which she played a struggling single mother during World War II], but also the role I played in A Special Day [as a homemaker who becomes more compassionate after she learns that her neighbor is gay]. It all depends on the story, and on the perfection of great directors like De Sica. I loved working with him, as well as the films I made with Marcello Mastroianni.

Q: Do you want to continue acting?

A: If I like acting, why should I stop?

The clarification was issued after reports that sitting and retired Supreme Court judges can choose between Covaxin and Covishield...
Read more
Entertainment

On Monday, Amit Sadh shared the first look of his upcoming project 7 Kadam on Twitter.  The Eros Now web show will also have...
Read more
Trending

The Narcotics Control Bureau (NCB) has busted a drug trafficking network and arrested eight persons and seized 681.8 kg of ganja from them.Based on...
Read more
Sport

Too much ‘moaning and groaning’ about Motera pitch: Viv Richards slams...

WandaVision is currently the hottest, most talked about show. It has also single-handedly revitalised the Marvel Cinematic Universe for many. The latest episode, titled...
Read more

Keerthy Suresh’s film Good Luck Sakhi is all set for a grand release on June 3. Directed by Nagesh Kukunoor, the film will have...
Read more

Husband Gene Goodenough is the reason Preity Zinta walked straight into a pole, see her post