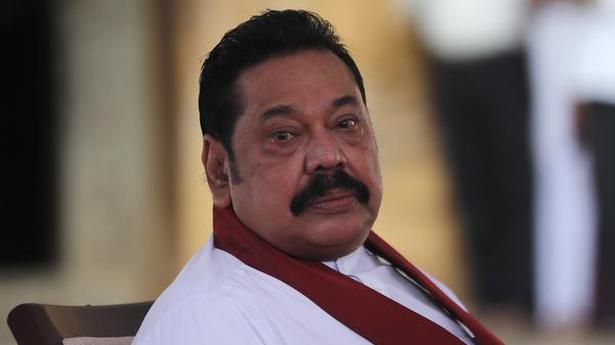 Mr. Rajapaksa’s 2020 budget presentation was slammed by the main Opposition.

Sri Lanka has repaid USD 4.2 billion in foreign debt and avoided sovereign default, Prime Minister Mahinda Rajapaksa said on Thursday while presenting the 2020 budget in Parliament. Rajapaksa, who is also the Finance Minister, said the government had been able to stabilise the rupee against depreciation.

“We were able to stabilise the exchange rate, which was steadily depreciating then at around the ₹ 185 (to the US dollar) and to service the foreign debt of 4,200 million dollars, averting the country being classified into a debt default status,” he said.

His comments came as Sri Lanka’s credit was downgraded to ‘B-’ by Fitch and Standard and Poor’s in 2020 as the rupee fell largely due to money printing in March and April this year.

Moody’s in late September downgraded the credit to Caa1 (CCC+), which is just above default level.

Mr. Rajapaksa’s 2020 budget presentation was slammed by the main Opposition as an attempt to give parliamentary cover to what they termed illegal expenditure without parliamentary approval.

Opposition leader Sajith Premadasa said the government had mismanaged the economy as its attempts to control rising retails prices of essentials through gazette notifications had been a failure.

Mr. Premadasa’s opposition colleague Kabir Hashim said that although Votes on Account had been approved by Parliament for expenses, there was a period between May and August where the state had incurred expenditure without parliamentary approval.

“We are being asked to give covering approval to expenses that have incurred without Parliamentary approval for the first time in our history,” he said.

Recalling the sequence of events which led to Votes on Account being approved without proper budget, Rajapaksa said that when his brother Gotabaya Rajapaksa was elected president in November last year, the then government had not presented a budget for 2020.

The previous government had only approved a Vote on Account, he said.

“With the resignation of the then government subsequent to the Presidential election, we, with the expectation of parliamentary elections, formed a minority government and managed the budget in line with the approved Vote on Account,” he said.

“As such with the Parliament being dissolved on the March 2, 2020 and the declaration of the General elections, the President approved a Vote on Account in terms of the Section 150 of the Constitution for the period March-May. With elections being postponed to August by the Election Commission due to the impact of the coronavirus pandemic, the President approved another Vote on Account for the period June to August,” the prime minister said.

A decision on the June 21 complete lockdown easing timeline will be taken on June 14. The UK government came under strong criticism on Sunday...
Read more

Watch | Israel-Palestine conflict: What is happening in Jerusalem?

A video explainer on the unrest in Jerusalem that led to cross-firing of rockets between Israel and Gaza On May 10, Israeli armed forces stormed...
Read more

9 killed in shootout between two tribal groups in Pakistan

At least nine people were killed and five others injured in an exchange of firing between two tribal groups in Pakistan's Sindh province,...
Read more

The attacks have left nine provinces including Kabul with disrupted power supplies. A three-day cease-fire marked by violent attacks — some claimed by...
Read more
Bharat News