Suriya: Heroes can be larger than life, but emotions have to be real 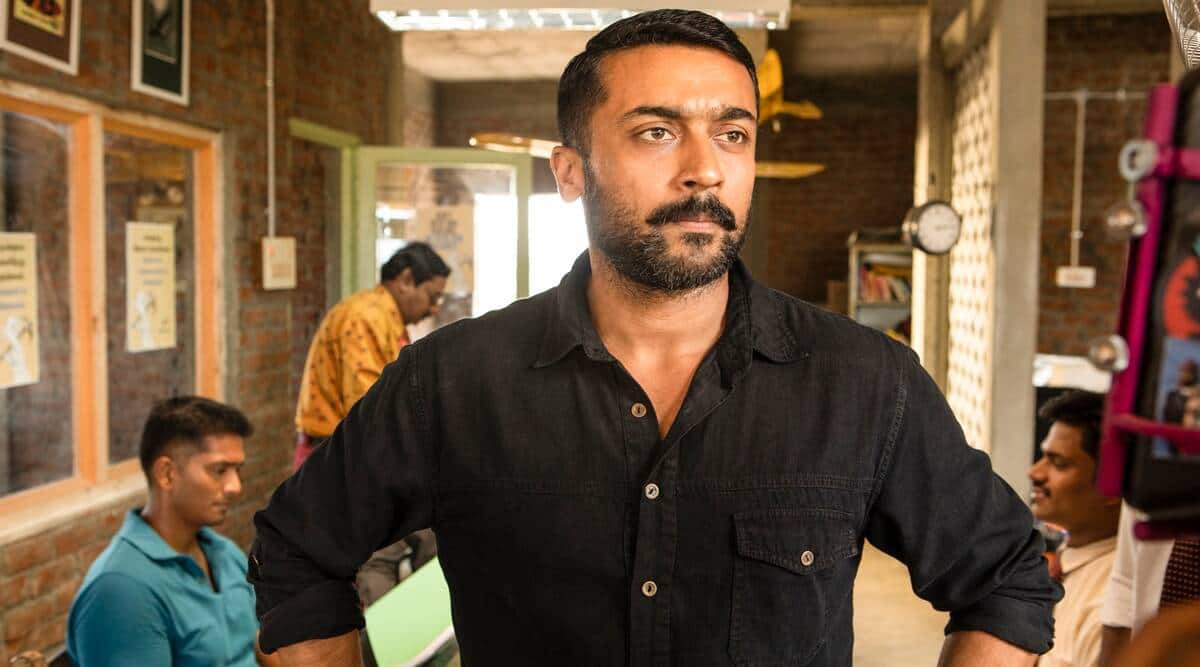 South star Suriya says the quintessential Indian film heroes maybe larger than life but they have to be relatable to emotionally connect with the audiences.

The Tamil actor, whose filmography boasts of commercial success — Kaakha Kaakha, Ghajini and Singam trilogy — to name a few, says he always aspires to tell stories that are as close to life as possible even when the scale of the film demands it to be over-the-top.

“There are always certain scenes, emotions and dialogues that will appeal to everybody in the theatre. We always try to tell life in cinema. We try to make things as close to reality as possible,” the actor told PTI in a Zoom interview.

“Despite things being larger than life and the entertainment aspect, what connects you to roots are real life emotions. Heroes can be larger than life, but only when you make it believable and emote reality, you get the connectivity and love from the fans.”

From playing a conman in Pithamagan to essaying a role of a man suffering from anterograde amnesia in 2005’s Ghajini, a smuggler in Ayan and an aggressive cop in Singam series, the 45-year-old actor has played memorable fictional characters with huge fan following.

The actor said setting up a good example has been his motto, and his latest release Soorarai Pottru, which premiered on Amazon Prime Video on Thursday, is a step ahead in the same direction.

The film is a fictionalised version of the book Simply Fly, written on the life of Air Deccan founder Captain G. R. Gopinath.

Suriya said the film gave him an opportunity to play a real-life hero, a change he enjoyed as an artiste.

“From Manjhi to Mary Kom I really like these films on real-life heroes. I’ve never been part of any such story in the past. This being the first one definitely attracted me. To tell a story of someone who struggled through all odds to achieve this dream that changed the way common man travelled was an honour.”

The actor said the passion and the vision director Sudha Kongara had for the story made him come on board as a producer and mount the movie as a pan-India project.

“She was really passionate about the subject. It was a story of a real life hero who changed things in India. She gave me a new world as an actor… Also stories these days are not bound by regional boundaries. So I felt this story would have a pan-India appeal,” he added.

The film was originally scheduled to come out this year in May, but the post production work was held up due to the coronavirus pandemic, causing a significant delay in release and pushing the team to opt for a digital premiere.

Its October release was pushed further with the actor announcing that the movie will come out at a later date due to a delay in obtaining the No Objection Certificate (NOC).

“It was the first time for us to go to these offices, that’s why it took some time to release.”

Suriya said even though the film was made for a theatrical experience, moving to Amazon was not a taxing process as they were aware about the platform’s reach post the release of his production venture Ponmagal Vandhal, featuring his wife, actor Jyothika.

“We experienced it before with Jyothika’s film, which was the first Tamil film to release on Amazon. Of course, the feeling of watching the film in cinema with the audience is unmatchable. But the way people reacted to the film, it was beautiful. People took out time to sit and write what they felt about the film,” he said.

He believes the digital medium has changed the definition of success in cinema.

“I’ve always believed a movie’s success should not be calculated on the basis of collection, but the content and what kind of impact it has. The yardstick should be the experience the film gives and not the money it makes. And digital space has given that.”