Tangedco keeps men, machinery and materials ready for any crisis 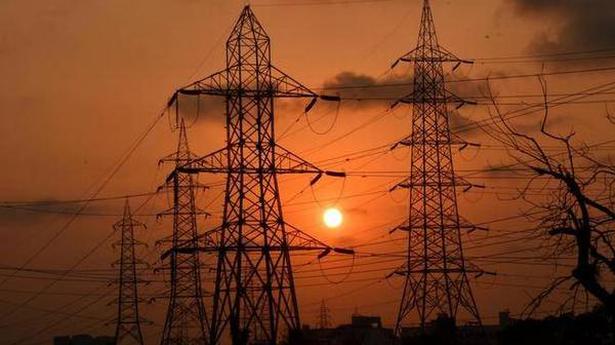 The Tamil Nadu Generation and Distribution Corporation (Tangedco) has kept men, machinery and materials ready to handle the fallout from Cyclone Nivar in the city.

Local officials have been deputed for cutting down tree branches, which could cause damage to transformers or overhead power lines during downpours. The cyclone is expected to make landfall on Wednesday.

Electricity Minister P. Thangamani, after chairing a meeting with senior officials at the Tangedco headquarters on Monday, said the electricity department was ready to face the cyclone by stocking more than 1.5 lakh poles and keeping in good condition hundreds of power saws to remove fallen trees. He said as part of precautionary measures, power supply would be disrupted for one hour during the cyclone’s passing.

Mr. Thangamani said the city would not have much to worry as more than 75% of places were supplied by underground cables. He said: “The ECR has overhead power lines and could face problems of poles falling down but steps have already been taken to replace damaged poles with new ones.”

A senior Tangedco official said monsoon preparatory works had been completed in both northern and southern suburbs.

The senior electricity official said that in the north region, over 1,500 electricity poles had been replaced with new ones, and in the south region a total of 1,164 poles were changed.

Maintenance staff of Tangedco had installed new conductors for over 45 km in the north and 130 km in the south, and had taken steps to prevent low-sagging of conductors in 2,600 locations in southern localities and 563 in the northern suburbs, he added.

The Madhya Pradesh government air-lifted 12,000 vials of Remdesivir, a key medicine in COVID-19 treatment, from Indore to...
Read more
Entertainment

In times of distress, the music industry has come together to help guitarist Ankur Mukherjee, who is in the ICU after suffering a ‘Covid-induced...
Read more
World

Two die as Tesla with ‘no driver’ crashes in Texas

Deputies said the car was travelling fast and failed to navigate a turn before running off the road, hitting a tree, and bursting into...
Read more
Business

<!-- -->The domestic stock markets have crashed by more than 2 per cent in early trading, ignoring the positive cues from the global bourses,...
Read more
Trending

The Madhya Pradesh government air-lifted 12,000 vials of Remdesivir, a key medicine in COVID-19 treatment, from Indore to various districts amid a sharp...
Read more

The grammarian and literary critic has compiled 12 dictionaries, and his works cover various forms of Kannada literature, including grammar, poetry, translation and essays. ...
Read more

The State government has banned all village fairs, religious rituals, public ceremonies and other gatherings with the rise in COVID-19 cases. The number of...
Read more

The Central Bureau of Investigation will study the Supreme Court order, directing it to look into the Justice D.K. Jain Committee report. The report is...
Read more
Bharat News