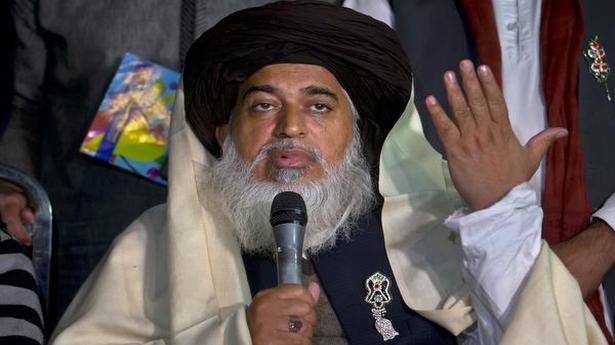 Massive crowds of maskless mourners gathered in Lahore on Saturday for the funeral of hardline Pakistani cleric Khadim Hussain Rizvi, who for years terrorised the country’s religious minorities, incited riots and advocated the destruction of European nations in the name of fighting blasphemy.

Rizvi’s party, Tehreek-e-Labiak, holds only two seats in Parliament, but his movement has repeatedly pressed its cause by staging large-scale demonstrations.

Rizvi led last Sunday thousands of his followers at a sit-in in Islamabad, protesting the republishing in France of caricatures of the Prophet Muhammed, which he deemed blasphemous. Demonstrators briefly clashed with security forces at the rally, which was one in a wave of protests across the country expressing outrage over the caricatures.

The government promised on Tuesday that the protesters’ demands for cutting diplomatic ties with France and expelling the French Ambassador would be discussed in Parliament.

In just a few short years, the cleric, known for his profanity-laced speeches, gained mass support and rose to become one of the country’s most feared figures.

“In some ways, he was even more dangerous than the Taliban, with his supporters not limited to remote tribal areas, but present in large numbers in the country’s heartlands,” said Omar Waraich from Amnesty International.

In 2018, the TLP brought the country to a standstill with riots following the acquittal of Christian woman Asia Bibi, who had been falsely accused of disrespecting the Prophet Mohammed. The party has also called for the assassination of Supreme Court judges, pleaded for a mutiny in the armed forces and vowed to wipe out European nations such as France and the Netherlands.

The Tirumala Tirupati Devasthanams (TTD) on Tuesday resolved to temporarily stall the services of Sri Vari Sevaks at the...
Read more
World

For all of 2020 and likely most of 2021, Apple events have migrated to pre-recorded and virtual settings in accordance with the ongoing Coronavirus...
Read more
National

For all of 2020 and likely most of 2021, Apple events have migrated to pre-recorded and virtual settings in accordance with the ongoing Coronavirus...
Read more

Russia says it will launch own space station in 2025

It plans to withdraw from ISS project. Russia’s space agency said on Tuesday it hoped to launch its own orbital station in 2025 as Moscow...
Read more

In the next decade, China envisions massive constellations of commercial satellites that can offer services ranging from high-speed internet for aircraft to tracking coal...
Read more
Bharat News