The Hindu Explains | What is technical recession, and what does it mean for the Indian economy? 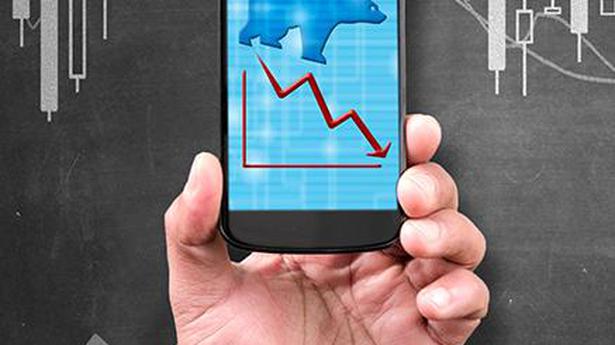 What has the RBI cautioned about GDP decline amid the pandemic, and what lies ahead?

The story so far: The Reserve Bank of India’s (RBI) latest monthly bulletin features an article by an official at its Monetary Policy Department titled ‘An Economic Activity Index for India’, where the author has, in a ‘nowcast’ (a forecast that estimates the outcome of a near-term event), projected that India’s GDP (gross domestic product) contracted by 8.6% in the July-September quarter of the financial year ending in March 2021. Thus, “India has entered a technical recession in the first half of 2020 -21 for the first time in its history with Q2: 2020-21 likely to record the second successive quarter of GDP contraction, ”wrote the article’s author Pankaj Kumar. GDP had shrunk by 23.9% in the first quarter, according to the National Statistical Office’s estimate in August.

What is a technical recession?

A technical recession is a term used to describe two successive quarters of decline in output. In the case of a nation’s economy, the term usually refers to back-to-back contractions in real GDP. The most significant difference between a ‘technical recession’ and a ‘recession’ is that while the former term is mainly used to capture the trend in GDP, the latter expression encompasses an appreciably more broad-based decline in economic activity that covers several economic variables. including employment, household and corporate incomes and sales at businesses. Another key feature of a technical recession is that it is most often caused by a one-off event (in this case, the COVID-19 pandemic and the lockdowns imposed to combat it) and is generally shorter in duration.

Which are some of the other economies to have recently experienced a technical recession?

The COVID-19 pandemic has had a devastating impact on economic activity worldwide. Indonesia, for instance, slid to a recession for the first time in two decades as real GDP in Southeast Asia’s largest economy shrank 3.49% in the three months ended September. This was on the back of a 5.32% contraction in the preceding quarter. The country had last experienced successive contracts in the wake of the Asian financial crisis in the late 1990s.

The UK entered a recession when its economic output contracted by a record 21.7% in the April-June quarter. Britain’s GDP shrank by 1.6% in the first quarter of 2020.

Brazil’s economy also experienced a 11.4% contraction in the three months ended June, following a 0.3% fall in output in the first quarter, pushing it into a recession.

Also Read | Is the global economy headed for recession?

What are the signs that an economy is headed for a deeper recession?

In the US, the National Bureau of Economic Research (NBER) defines a recession as “a significant decline in economic activity spread across the economy, lasting more than a few months, normally visible in real GDP, real income, employment, industrial production, and wholesale-retail sales ”. To that extent, besides real GDP, policymakers and economists need to closely track data on unemployment, output in key sectors including industry and services (which has the largest share in India’s gross value added or GVA) and real income at the household and corporate level to ascertain how widespread and deep the contraction in economic activity is. It is important to note that recessions, when they prolong, can even lead to a depression, as happened in the US – from the latter part of 1929 through to the mid 1930s – and even impacted the global economy as a whole.

Also Read | World experience one of the deepest recessions since Great Depression due to COVID-19: World Bank

What does the technical recession presage for the Indian economy’s outlook?

The RBI’s bulletin which flags the technical recession, however, also goes on to observe that economic activity in India has recovered, and says, “The contraction is ebbing with gradual normalization in activities and [is] expected to be short-lived. ” In another article in the same bulletin, titled ‘State of the Economy’, the central bank has prognosticated that based on data for the month of October and signs of an uptick in consumer and business confidence “there is optimism that the revival of economic activity is stronger than the mere satiation of pent-up demand ”.

“If this upturn is sustained in the ensuing two months, there is a strong possibility that the Indian economy will break out of contraction” and return to positive growth in the third quarter, a full three months earlier than its October forecast, the RBI said .

But the central bank has also warned of “formidable” risks to this upbeat outlook, the foremost being “the unrelenting pressure of inflation”. The RBI has cautioned that there is a real threat that price pressures could become more generalized, undermining the credibility of policy interventions. Headwinds from sagging global demand as a fallout of the second wave of infections in Europe and risks to the financial sector from stresses in the household and corporate sector are other concerns it has flagged.

The Man Who Sold His Skin steals show

The Man Who Sold His Skin captivated the audience on the third day of the Thalassery leg of the...
Read more
National

Apex court, in its judgment, clears the air by confirming the wisdom of a Feb. 28, 2019 HC order The Supreme Court on Thursday spelt...
Read more
National

The Financial Action Task Force (FATF) on Thursday decided to retain Pakistan on the “greylist” till the next review of its performance on the...
Read more

Xiaomi said on Thursday it has roped in three new manufacturing partners for augmenting its smartphone and television capacities in India.The China-headquartered...
Read more

GDP to Register Record Expansion of 11% in Next Fiscal Year: Report

<!-- -->Amongst several leading activity indicators now either close to above pre COVID levels, the countercyclical stance of the Budget 2021 has further cemented...
Read more

SEBI is holding discussions with a view to meeting the increasing investor demand for ESG related information. Regulator SEBI is in “active discussions” with various...
Read more
Bharat News