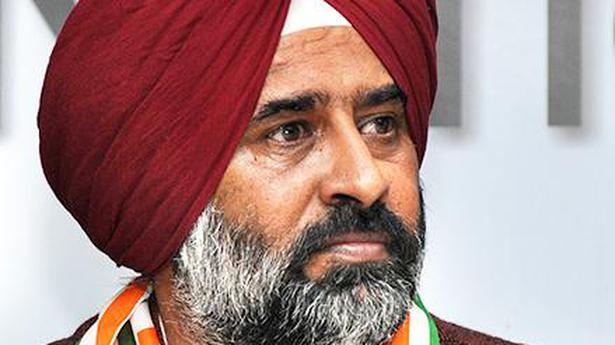 Police case I was for questioning State govt.’s action over firing incidents’

Punjab Congress MLA Pargat Singh on Monday alleged that Sandeep Sandhu, political adviser to Chief Minister Amarinder Singh, has threatened him of a police case for raising questions surrounding State government’s action over the sacrilege and police firing incidents of 2015.

Dismissing the allegation, Punjab Congress president Sunil Jakhar said there was no truth into it and Mr. Sandhu has made it clear that he never made any threatening call to Mr. Pargat Singh.

Mr. Singh at a press conference here, said Mr. Sandhu had called him up last week and threatened him. “Mr. Sandu stated that certain papers have been gathered against me and that I should now be ready to the face consequence,” said Mr. Singh.

Mr. Jakhar in a statement, describing the party MLA and veteran sports star Pargat Singh as the role model of the youth, said that the party respects his sentiments.

“The Congress party never indulged in vendetta politics. It was the principle of the party to not use the constitutional institutions for personal interests or to settle scores and it was unthinkable to do so against its own MLA. In fact there was no truth in these rumours as Captain Sandeep Sandhu himself had made it clear that he never made any threatening phone call to Pargat Singh,” he said.