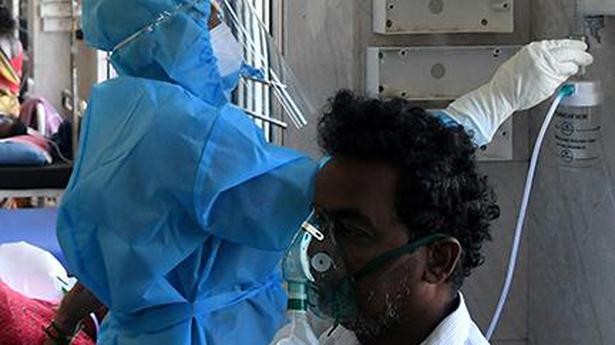 The CM has also announced incentives for doctors, nurses, sanitary workers, lab workers, ambulance drivers and others involved in the battle against COVID-19

Tamil Nadu Chief Minister M.K. Stalin on Wednesday announced a solatium of ₹25 lakh each to the families of 43 doctors, who lost their lives while in the line of duty fighting the COVID-19 pandemic.

In a statement, Mr. Stalin also announced incentives to doctors, nurses, sanitary workers, those working in labs, those operating CT scan equipment and those involved in operating ambulances during the second wave of COVID-19, for three months — April, May and June this year. As per his announcement, doctors, nurses, trained and qualified health workers and other medical staff would receive an incentive of ₹30,000, ₹20,000, ₹15,000 and ₹10,000 respectively for these three months.

“Doctors, nurses and health workers have been serving patients infected by COVID-19 with utmost hard work and dedication for the past one year. Some of them have even lost their lives, while in the line of duty,” Mr. Stalin said. Recognising their sacrifice, the State government has decided to grant the solatium in an effort to support their families, he added.