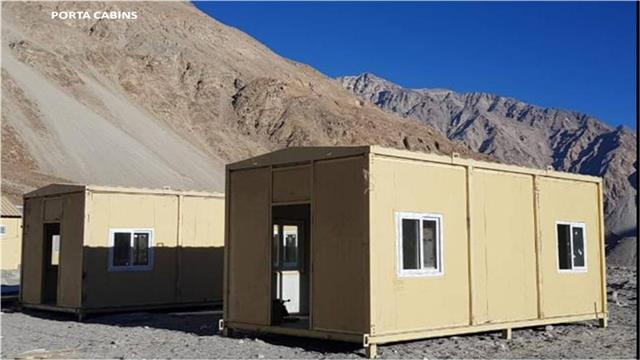 As part of its plans for augmenting winter deployment along the Line of Actual Control (LAC) in Ladakh in wake of the ongoing stand-off with China, the Army has started the process of procuring new all-terrain vehicles (ATV) by inviting bids from the industry today.

The equipment being sought are commercially manufactured ATVs that can ferry at least four persons along with their gear and are suitable for survey, reconnaissance and terrain exploration as well as monitoring the condition of mountain tracks, both by visual means and equipment carried onboard.

“Initially, three ATVs are being procured although the requirement projected for such equipment is more,” an officer said. “These would be deployed with an engineer regiment based in Ladakh,” he added.

A limited number of ATVs are already in service in Ladakh with the Army and the Indo-Tibetan Border Police Force, which are used for operational tasks in rugged high-altitude areas where the mobility of conventional 4×4 vehicles like jeeps and trucks is not possible.

Amidst the stand-off that began in early May and shows no signs of ending anytime soon, the Army had drawn up a long list of equipment that it required urgently to meet operational requirements as well as for sustenance of a large number of troops through the harsh winters on the Himalayan frontiers.These include items of personal use such as extreme cold climate clothing, arctic tents and insulated habitats, oil and lubricants, fuel additives, medical supplies, generators and power packs, ATVs, long range surveillance equipment, unmanned aerial vehicles, armoured personnel carriers, light tanks, specialised ammunition and anti-tank missiles.

The Army’s 14 Corps, based at Leh, with its two divisions – 3 Infantry Division and 8 Mountain Division, is responsible for the defence of Ladakh, including the Siachen Glacier. Additional troops, including armoured, artillery and engineer regiments from other parts of the country were rushed up to Ladakh as the situation along the LAC flared up and currently, the Army has over 50,000 troops in that sector, which reportedly mirrors the Chinese deployment on the other side of the LAC.