Trump administration has done everything required in the event of transition: White House 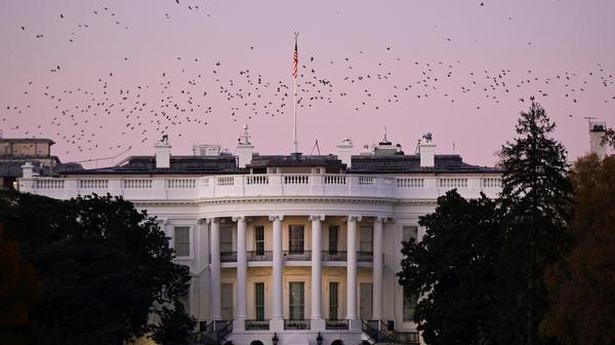 The Trump administration has done “everything statutorily required” to do in the event of a transition, the White House has said, asserting that a constitutional process is being played out to determine the winner of the November 3 presidential election.

Incumbent U.S. President Donald Trump, a Republican, has refused to concede the election to 78-year-old Joe Biden, a Democrat, and has filed multiple lawsuits challenging the poll results in several states. Mr. Trump, 74, has made allegations of widespread electoral fraud, without providing any evidence.

To win the race to the White House, the successful candidate should have at least 270 electoral votes out of the 538-member Electoral College. His lead in the public vote overall stands at more than 5.9 million.

“The President’s been very clear, he wants every legal vote to be counted,” Ms. McEnany said. She did not say when Mr. Trump would concede, but said there were “very real claims” of voter fraud without identifying any evidence.

“There is a Presidential Transition Act that determines exactly what an administration needs to do in advance of an election. And we have done everything statutorily required, and we will continue to do that,” Ms. McEnany asserted.

Meanwhile, after a string of court defeats in his efforts to challenge the election results, Mr. Trump’s team is hoping to convince legislatures controlled by his fellow Republicans in key states to ignore the outcome and declare him the victor, according to multiple U.S. media outlets.

In the absence of certification of the election and conceding by President Trump, the General Services Administration (GSA) has refrained from taking the steps necessary to ensure smooth transition of power to the incoming Biden administration, including the release of over $9 million for the Congressional-mandated transition team.

Emily Murphy, the Administrator of the GSA, a Trump appointee, is yet to formally recognise Mr. Biden’s victory, thus denying him access to contacts with federal agencies and access to classified intelligence briefings.

The delayed transition has sparked concerns about national security and the impacts it could have on the incoming Biden administration’s Covid-19 response, especially the distribution of a vaccine.

The GSA will make the determination of ascertainment at the right moment. Right now, there is a constitutional process that is being played out. There are questions being asked in court. But the GSA will determine when ascertainment is reached, Ms. McEnany said in response to a question.

There is ongoing litigation, she emphasised.

What we know, 74 million Americans voted for this President, that is more votes any President has got in history. It is really extraordinary. There are very real claims out there that the campaign is pursuing — 234 pages of affidavits publicly available in one county alone; that is Wayne County. And two individuals in the canvassing board there that have declined to certify, she said, referring to the most populous county in the U.S. state of Michigan.

Democrats accuse Mr. Trump of abusing his office by trying to pressure the legislators to subvert the will of voters and seat their own electors to the Electoral College, which gathers on December 14.

Amid the row with Mr. Trump, President-elect Biden has sought to plough on with the transition, this week announcing appointments and meeting national security experts.