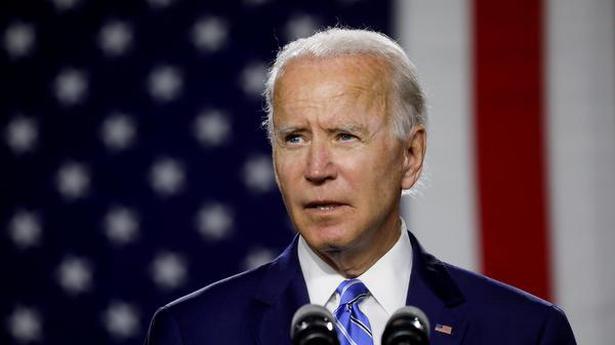 U.S. President-elect Joe Biden confirmed that he was not planning a nationwide economic shutdown to control the pandemic.

President Elect Joe Biden said incumbent Donald Trump’s refusal to concede the election and cooperate with the Biden-Harris transition team was sending a very wrong message to the world.

“I think they’re [Americans are] witnessing incredible irresponsibility. Incredibly damaging messages being sent to the rest of the world about how democracy functions,” Mr. Biden told reporters after a COVID-19 response meeting he and Vice President Elect Kamala Harris held with a bipartisan group of State governors.

Mr. Biden and his team are seeking access to the current administration’s pandemic and vaccination plans (titled, ‘Operation Warp Speed’) so they are prepared on day 1 (January 20) of the new administration to coordinate a national response to the pandemic. However the General Services Administration (GSA) of the Federal Government needs to provide an “ascertainment” that Mr. Biden won the elections and this has not happened.

Mr. Biden said that for now he preferred to work with Republican Governors and those in the House and Senate directly instead of taking legal action – but had not ruled out taking the Trump administration and GSA to court.

Mr. Trump has reportedly invited leading State lawmakers from Michigan to the White House on Friday to discuss ways to overturn the certification process that is progressing in the state which Mr. Biden won by over 150,000 votes.

Mr. Biden was confident the results would not be overturned.

Mr. Biden and Ms. Harris’ discussion with 10 State governors included the implementation of a national mask mandate, federal government financial assistance and the distribution of the vaccine.

The President-elect, who has announced several cabinet picks, announced that he had made a decision on who would be his Treasury Secretary and that it was a choice which progressive and moderate Democrats would accept. He planned to announce the name just before or after Thanksgiving (next Thursday).

In response to a question on whether, after becoming President, he would want to “punish” China with tariffs or economic sanctions, Mr. Biden said, “It’s not so much about punishing China. It’s about making sure China understands that they got to play by the rules. It’s a simple proposition.”

He said this was one of the reasons the U.S. was going to rejoin the World Health Organisation (WHO) on the first day of his administration (he acknowledged it needed to be reformed). Mr. Biden also reiterated that the U.S. would rejoin the Paris Climate Accord.

The coronavirus death toll in the country has just crossed the quarter of a million mark. The White House held its first coronavirus briefing in months on Thursday and the Centers for Disease Control (CDC) urged Americans not to travel and gather with their families over the Thanksgiving holiday.

It is not only the government that defended the move, but also Jaffna-based fisher cooperatives. Days after Tamil Nadu fishermen protested Sri Lanka’s efforts...
Read more

The country's repeated elections were largely a referendum on his fitness to serve. Israeli opposition leader Benjamin Netanyahu and his family will leave the...
Read more
- Advertisement -