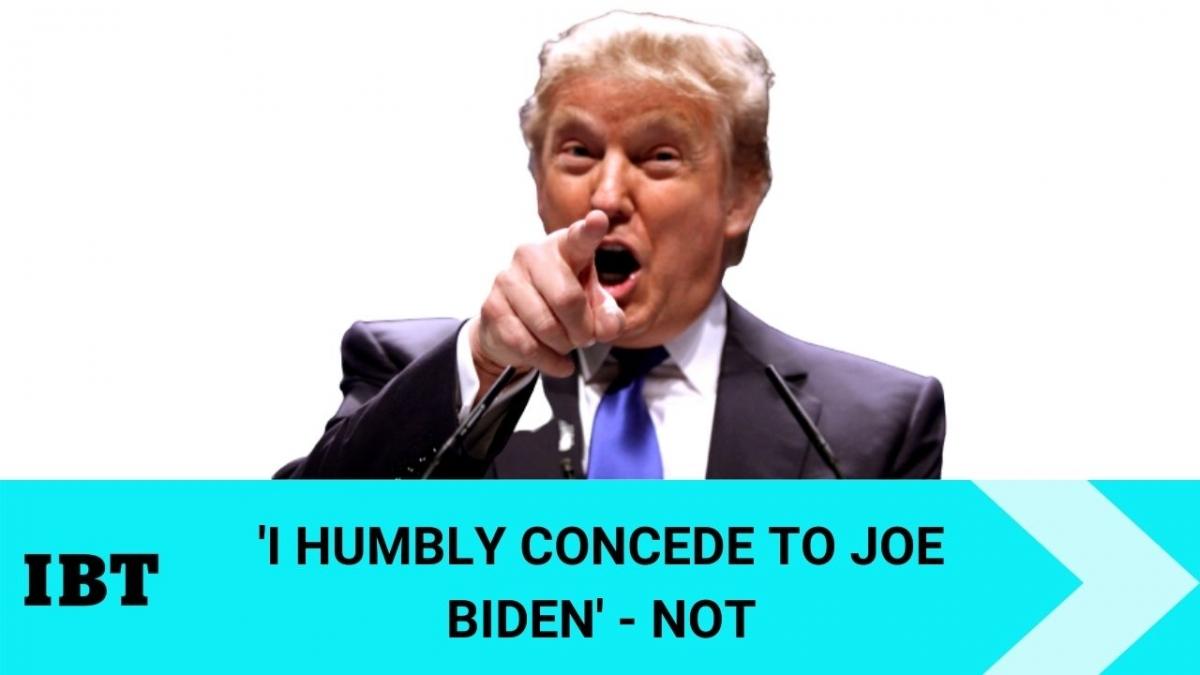 From claiming victory despite disputes and calling the US election fraudulent, US President Donald Trump has said it all. While many have suspected that there won’t be a peaceful transfer of power come January, when President-elect Joe Biden is to be sworn in as the new president of the United States. The concession speech by an outgoing president is something of an anticipated event, but it looks like there won’t be one this year. Lucky for us, Jimmy Fallen’s The Tonight Show has released an edited version of Trump’s concession speech “we all deserve” and it’s really something.

Whether or not Trump will concede is up for debate, but Monday’s episode of The Tonight Show had a surprise for Americans who want to see Trump out. Fallon’s editing team took bits and pieces from Trump’s speeches and stitched them together to make it sound like the incumbent president has not only agreed to Biden’s victory but also willing to concede. Of course, the truth is far from it.

“Even though Trump’s lawsuits keep getting tossed out, it’s clear the president’s not planning to concede anytime soon,” Fallon said Monday. “So, you know what, we thought we’d do it for him and give us the concession speech that we all deserve. Take a look.”

In a perfect world, Trump’s concession speech would sound something like this:

“My fellow Americans, a short time ago, Joe Biden beat me in the election,” Trump is seen saying in the heavily edited montage. “And not only did he win — he won by a lot actually. Therefore, it is time for me to step aside, because let’s face it, I wasn’t probably on my game, and I wasn’t doing so well.”

“I’m the only president in history to lose the popular vote twice and to get impeached. It’s time for a change. Greatest dream in the world is that Joe Biden wins because the winner of this vote was decided by a fair and open election. Therefore, I humbly concede to Joe Biden. The American people have responded, and they said to me, ‘You’re fired. Bing! Get out.'”

On the contrary, Trump continues to make claims like ‘I concede NOTHING,’ and ‘I WON THE ELECTION.'”