U.K. to ban sale of new petrol and diesel cars from 2030: reports 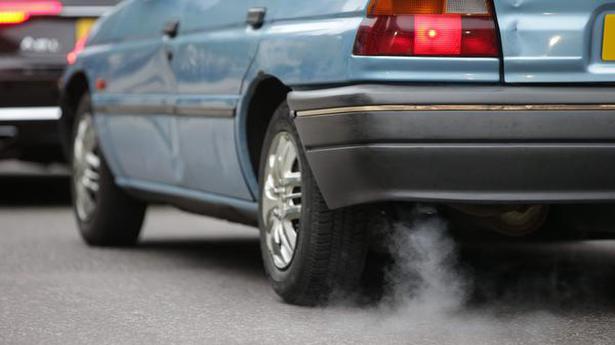 Britain had originally planned to ban the sale of new petrol and diesel-powered cars from 2040, as part of efforts to reduce greenhouse gas emissions, and in February Mr. Johnson brought this forward to 2035.

British Prime Minister Boris Johnson plans to announce next week a ban on the sale of new petrol and diesel cars from 2030, five years earlier than previously planned, the Financial Times reported on Saturday.

Britain had originally planned to ban the sale of new petrol and diesel-powered cars from 2040, as part of efforts to reduce greenhouse gas emissions, and in February Mr. Johnson brought this forward to 2035.

Citing unidentified industry and government figures, the FT said Mr. Johnson now intended to move the date forward again to 2030 in a speech on environmental policy he is expected to give next week.

The BBC reported a similar plan earlier on Saturday, without giving any sources.

A Downing Street spokeswoman declined to comment on the reports or the content of Mr. Johnson’s upcoming speech.

The FT said the new timetable was not expected to apply to some hybrid cars which use a mixture of electric and fossil fuel propulsion and could still be sold until 2035.

An end to the sale of new petrol and diesel cars would mark a huge shift in Britain’s automotive market.

Industry figures show that petrol and diesel powered cars accounted for 73.6% of new car sales so far this year, while just 5.5% of sales were for pure electric vehicles, which are typically more expensive. Hybrid vehicles of various types made up the remaining sales.

Hundreds of residents surrounded the Border Agency van in Glasgow to try to prevent immigration officers from removing the...
Read more
Trending

COVID-19 surge: ‘Oxygen on Wheels’ ambulances come to the rescue in...

The two ‘Oxygen on Wheels’ ambulances have accommodated above 40 patients in need of critical care treatment for COVID-19 within in two days...
Read more
National

The Union government has accepted the recommendation for extension of the gap between the first and second doses of the Covishield vaccine to between...
Read more
Business

The Nifty and the Sensex opened the day on a Join us as we follow the top business news through the day.9:30 AM'Stalled projects'...
Read more

Hundreds of residents surrounded the Border Agency van in Glasgow to try to prevent immigration officers from removing the men. Two Indians detained by...
Read more

Israeli security forces have also been scrambled to contain deadly riots between Jews and Arabs, and projectiles have been fired on Israel from Lebanon. ...
Read more

Nine people were wounded in a shooting in Rhode Island's capital in what police there believe to be the largest shooting in city...
Read more
Bharat News