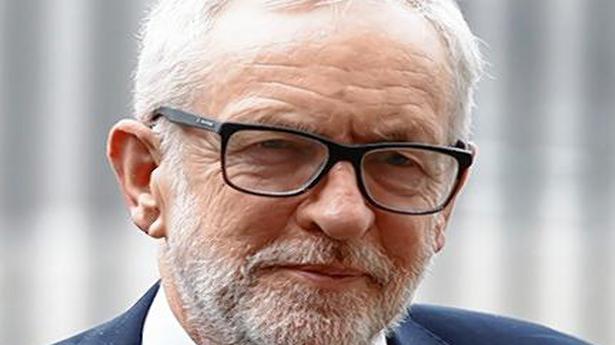 The leader of Britain’s main opposition Labour party on Wednesday refused to re-admit his predecessor Jeremy Corbyn to its parliamentary ranks, intensifying a row over anti-Semitism.

Mr. Starmer has vowed to root out anti-Semitism in the party that opponents alleged went unchecked and flourished under Mr. Corbyn, and saw Jewish members and lawmakers leave in droves.

But six months into the job, the row — and bitter factional in-fighting between Corbyn supporters and moderates — shows no sign of abating.

Last month, a report by the U.K.’s Equality and Human Rights Commission (EHRC) found Labour under Mr. Corbyn had broken the law in its “inexcusable” handling of anti-Semitism complaints.

But in defiance of the party’s new leadership under Mr. Starmer, Mr. Corbyn had refused to accept all its findings and questioned the motives of the two-year independent probe.

He insisted the scale of the problem had been “dramatically overstated for political reasons by our opponents inside and outside the party, as well as by much of the media”.

That prompted his immediate suspension pending an internal investigation, and the “whip” was withdrawn, meaning he could not sit with other Labour MPs in the House of Commons.

But in an unusually rapid process, his party membership was restored on Tuesday by a party disciplinary panel following a more conciliatory statement from the former leader.

Mr. Starmer, nevertheless, said he was not prepared to allow the socialist campaigner back into Labour’s parliamentary ranks, after tempers flared again over the panel’s decision.

“I have taken the decision not to restore the whip to Jeremy Corbyn,” he tweeted. “The disciplinary process does not have the confidence of the Jewish community.

“That became clear once again yesterday.”

Mr. Starmer stressed that as leader of the parliamentary party, the decision on which MPs could retain the whip was his and separate to the question of Mr. Corbyn’s Labour membership.

“Since I was elected Labour leader, I have made it my mission to root out anti-Semitism from the Labour Party. I know that I will judged on my actions, not my words.

“Jeremy Corbyn’s actions in response to the EHRC report undermined and set back our work in restoring trust and confidence in the Labour Party’s ability to tackle anti-Semitism.”

Mr. Starmer said he would “fix what I have inherited”.

“That is what I am resolute in doing and I have asked for an independent process to be established as soon as possible,” he added.

Party grandee Margaret Hodge, a former government Minister who has openly criticised Mr. Corbyn and had called for a motion of no confidence in his leadership, called it a “broken outcome”.

Reports suggested she could quit the party altogether while Labour-affiliated Jewish groups accused the disciplinary panel of partisanship.

Labour Against Antisemitism welcomed the block on Mr. Corbyn in Parliament, but said restoring his membership “ignored and failed” the Jewish community.

“Until an independent complaints process is introduced, and all historical cases of anti-Semitism from 2015 onwards are reviewed in full, the Labour party will not be a safe space for British Jews,” said spokesperson Fiona Sharpe.

House Republicans voted on Wednesday to oust anti-Trump conservative Liz Cheney from her leadership role, confirming that the party is casting its lot with...
Read more

The IPPPR said a series of bad decisions meant COVID-19 went on to kill at least 3.3 million people so far and devastate the...
Read more