Fire at factory in Delhi’s Pratap Nagar, one dead 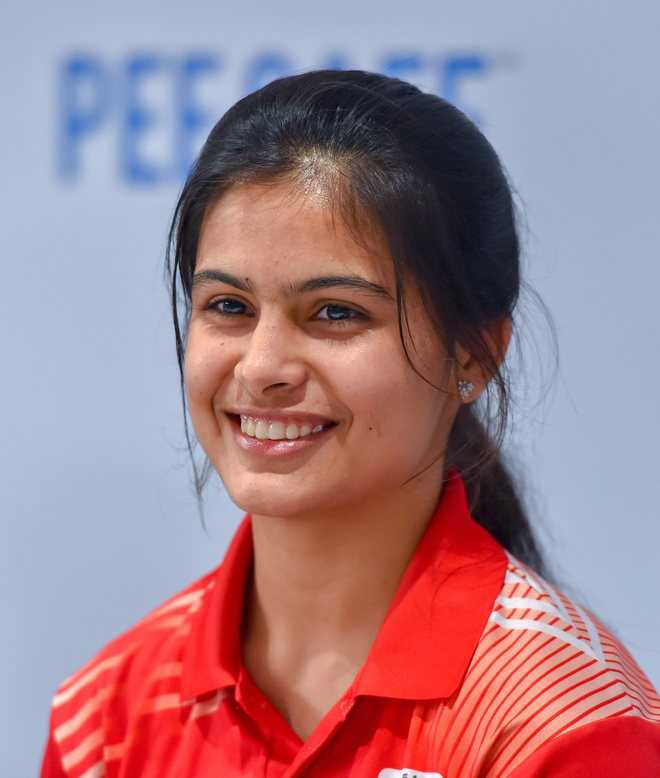 Olympic quota place winner pistol ace Manu Bhaker on Friday evening alleged that she was harassed by Air India officials at the Indira Gandhi International Airport (IGI) while she was trying to board a flight from Delhi to Bhopal.

The 19-year-old Haryana shooter, who was carrying two weapons and ammunition on her way to Bhopal Shooting Academy, was later allowed to board the flight.

Thank you every one and all who help me.Especially Who made my boarding possible. Few also think May be one sided and I got undue advantage. Sport ministry bears all my expense spent by me in any form Very clear if I had to pay for any wrong or right reason it’s Govt money.👇 pic.twitter.com/ztU7KH1BwX

Apparently after Rijiju’s intervention she eventually board the AI 437 flight.

Manu tweeted fives times on Friday, starting at 8.17 pm, and the last one was posted at 8.57 pm, after she was cleared to board the flight. She thanked the sports minister in her last tweet: “Thank you @KirenRijiju sir. Got boarded after strong support from all of you. Thank you India. [Flag of India] [Folded hands] jai hind.” Rijiju responed by tweeting: “You are India’s pride.” Soon after that, Air India replied to Manu tweet by tweet.

“IGI Delhi .Going to Bhopal (MP Shooting Acadmy For my training i need to carry weapons and ammunition, Request @airindiain Officials to give little respect or at least don’t Insult players every time &please don’t ask money. I Have @DGCAIndia permit,” was Manu’s first of the tweets, and she tagged @HardeepSPuri and @VasundharaBJP Air India responed: “Ma’am we are really sorry that you have faced inconvenience while traveling with us. We request you to kindly share details of the issue alongwith your contact details over DM for us to assist you.” In her second tweet, Manu sensationally hinted that officials asked her for “bribes”.

“Not allowing me to board flight AI 437 at IGI Delhi and asking now 10200rs Despite all valid Documentation and DGCA permit (sic). Top of that Manoj Gupta Air india incharge doesn’t recognise DGCA,” she wrote, and tagged @narendramodi @HardeepSPuri @AmitShah @VasundharaBJP “shall I pay this Bribes or!!!!” Air India replied: “Ma’am we have noted details, please allow us few mins to inform our Delhi Airport team.” Manu’s next tweet read: “Think this type behaviour is not acceptable (sic).Manoj Gupta is not even human. He is treating me like I am a criminal. Also his security incharge Such people need basic training of behaviour hopefully Aviation ministry will find out &will send him to right place.”  Air India’s response, apparently after checking with its officials at the IGI, was: “Dear Ms Bhaker Our Delhi Airport team has confirmed that the official at our counter had only sought for valid documents as per rules for carriage of your weapon on board. (1/3).”

Its next tweeted read: “(2/3)In absence of the same, legitimate specified charges for the arms were conveyed to you. No one sought a ‘bribe’ as has been alleged. You were issued boarding pass on your assurance of furnishing valid documents before boarding.”

Air India further tweeted: “(3/3) Immediately after the official valid documents were shown by you at the boarding point, u were allowed to board. It may please be noted that Air India has always encouraged and respected Sportspersons and have many an eminent sports legends working with us.” Manu is one of the top shooters selected for the ISSF World Cup, to be held from March 18 to 29 at Dr Karni Singh Shooting Ranges in New Delhi.

The 2018 Youth Olympic champion competed in the 10m air pistol and the 25m sports pistol in the second round of national selection trials held in New Delhi from February 8 to 14.

When ‘Jana Gana Mana’ got its tune

Margaret Cousins wrote the musical notes for Tagore’s lyrics in Madanapalle in 1919 It is common knowledge that Rabindranath...
Read more
Entertainment

Under-age drivers and numerous other youths are pooling in money to purchase power-packed two-wheelers, often without the knowledge of their parents, and use them...
Read more
Trending

Sherman Ali Ahmed allegedly made defamatory and derogatory remarks against Abdul Khaleque in a social media post A Congress MP from Assam has served...
Read more

Fire at factory in Delhi’s Pratap Nagar, one dead