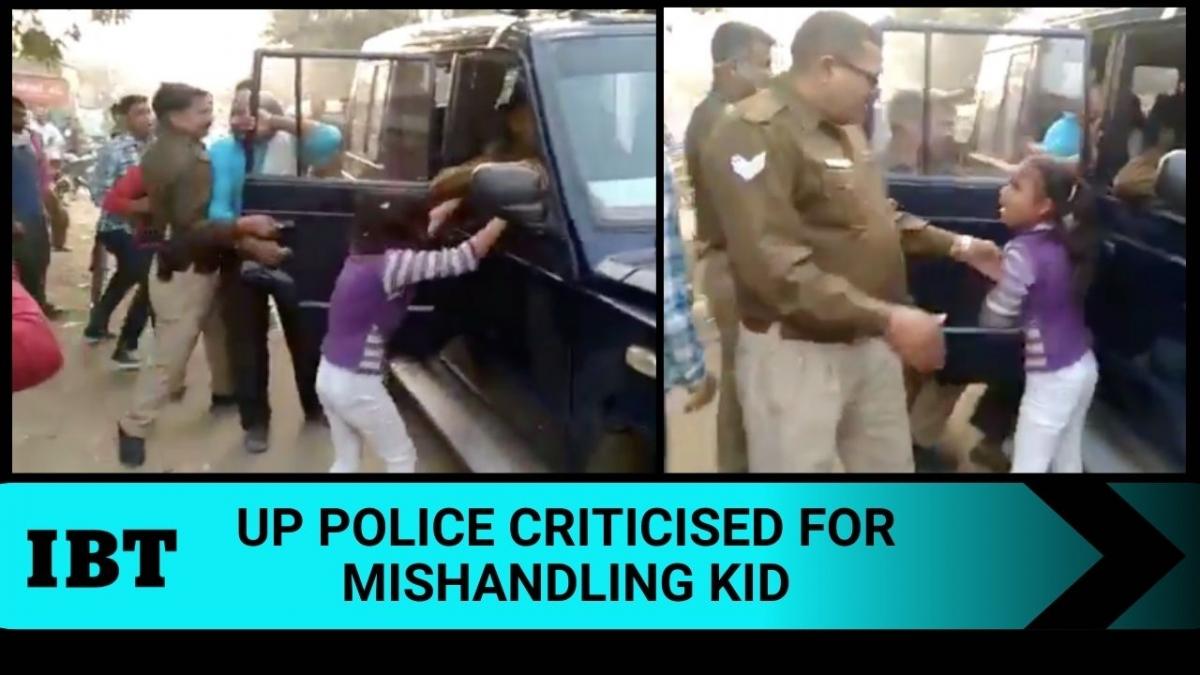 Several state governments have banned the sale of firecrackers during Diwali, and the police have taken a strict stand on this order and necessary actions to crack down on the sales of crackers. In UP’s Bulandshahr, the police seem to have gotten carried away as they went a fierce rampage while cracking down on firecracker sellers. Amidst the chaos, one video has gone viral on social media and drawn severe backlash towards the UP police for their insensitive behavior.

In the viral video, the police officers can be seen vandalizing roadside stalls selling firecrackers in a market in Bulandshahr. The cops also arrest one firecracker seller, but the vendor’s young daughter is seen desperately begging the cops to let him go. Without paying any heed to the young girl’s cries, the cops take her father into the jeep.

The girl is seen hugging her father, but the cops force him into the police jeep. The girl then starts banging her head to the car, as she begged constantly to let her father go. But all her attempts fail as the police move her aside and go about doing the arrest.

The incident took place in a busy market in Khurja area in Bulandshahr, which is one of the 13 cities in UP where there is a blanket ban on crackers.

After the incident, the police even released a statement saying the police were tipped of illegal sales of firecrackers and went to the location to confiscate and detain the sellers. SP Santosh Kumar Singh acknowledged how small children of the firecracker sellers surrounded the police vehicle and started crying. He said the police have been directed to deal with the matter with sensitivity and empathy.

After the tweet went viral and received severe backlash online, the Bulandshahr Police official Twitter handle tweeted that the head constable Brijbir has been sent to the police line for insensitive behavior towards young kids while detaining cracker sellers.

Koshyari under fire from protesting farmers

Pak. Baloch dissident, who died in exile in Canada, buried amid...

Pakistani dissident Karima Baloch, who died in exile in Canada last month, was laid to rest in her home village in Balochistan province under...
Read more
National

Colonel B Santhosh Babu, Commanding Officer of 16 Bihar who was in Galwan and lost his life along with 19 others in the violent...
Read more

No diesel for tractors in UP ...
Read more
Bharat News