Farmers’ income has halved while that of govt’s friends has risen: Rahul takes dig at Centre 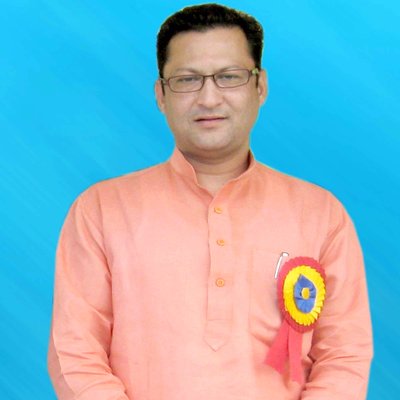 BJP MLA from Salt in Almora district, Surendra Singh Jeena, who was undergoing treatment for COVID-19 at a hospital in New Delhi, died early Thursday, a party leader said.

The 50-year-old Jeena was admitted to the Sir Gangaram Hospital nearly a week ago. He breathed his last at around 4 am, Pradesh BJP vice president Devendra Bhasin said.

Pradesh BJP President Bansidhar Bhagat expressed grief at Jeena’s demise, describing it as an irreparable loss not just for the party but for the entire society.

“He was a young and energetic leader always active in the public interest and organisational affairs. His death is an irreparable loss for the party and the society,” Bhagat said.

Jeena’s wife had also passed away recently in Delhi.

Praying for strength to the bereaved family to bear the loss, the BJP leader said he and his party stand with them in this hour of grief. PTI

Burger King India IPO Over Subscribed Within Hours Of Opening

Hathras victim's cremation at night by the authorities triggered widespread outrage The Supreme Court on December 2 refused to entertain a plea questioning the...
Read more
Technology

A woman and a young man were killed when an 80-feet iron pipe pierced through a moving bus near the highway in Sanderao police...
Read more
World

Farmers’ income has halved while that of govt’s friends has risen: Rahul takes dig at Centre