116 people infected with UK variant of COVID-19 in India: Govt

Bharat Biotech to pay compensation if Covaxin causes side effects 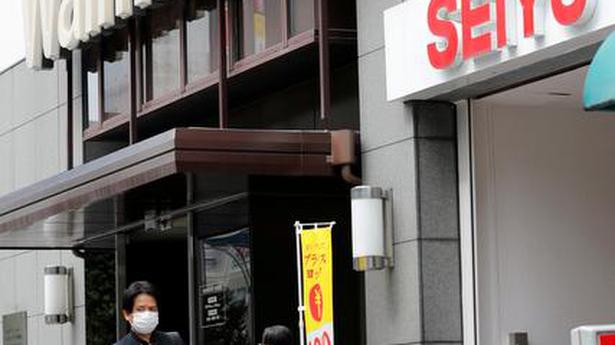 Walmart has struggled in Japan, like other foreign entrants such as Tesco PLC and Carrefour SA who were lured by the high spending power of Japanese consumers but were frustrated by tough competition.

Walmart Inc. is selling a majority stake in Japanese supermarket chain Seiyu to investment firm KKR and e-commerce company Rakuten for over $ 1 billion, after suffering years of poor profitability amid stiff competition.

The deal, which values ​​Seiyu at 172.5 billion yen ($ 1.65 billion) including debt, comes after on-off speculation about the world’s biggest retailer looking to exit Japan. It is below the 300-500 billion yen it demanded a few years ago.

KKR will buy 65% ​​of Seiyu and Rakuten will acquire a 20% stake while Walmart will retain 15%, the companies said in a joint statement on November 16.

Walmart first entered the Japanese market in 2002 by buying a 6% stake in Seiyu, and gradually built up its stake before a full takeover in 2008.

But it has struggled in Japan, like other foreign entrants such as Tesco PLC and Carrefour SA who were lured by the high spending power of Japanese consumers but were frustrated by tough competition.

The Seiyu deal is the latest divesture of underperforming assets by Walmart, following its exits in Britain and Argentina, as it struggled to compete with nimble local rivals.

In Asia, it pulled out of South Korea in 2006 and shifted focus in China to expanding members-only warehouse chain Sam’s Club as competition from online marketplaces such as Alibaba intensified. Walmart is expanding in India, though, with its $ 16 billion purchase of e-commerce provider Flipkart.

Japanese media reported two years ago that Walmart was seeking to sell Seiyu for around 300 billion to 500 billion yen. Sources said at the time that it failed to find a buyer.

Addressing reports that it was looking to leave Japan, Walmart announced last year that it aimed to list Seiyu and retain a majority stake in the business.

But Monday’s announcement also comes as Seiyu is starting to show signs of improvement, with its relatively early start in e-commerce finally yielding results, helped by a 2018 partnership with Rakuten.

Walmart Japan, mainly the Seiyu business, booked a net profit of 47 million yen in 2019 after reporting losses in most previous years. Seiyu told Reuters earlier this year that the coronavirus pandemic had bolstered interest in online grocery shopping in Japan.

For Rakuten, the deal with Seiyu helps it compete against rival Amazon. Large Japanese supermarkets such as Aeon Co. Ltd. and Seven & I Holdings Co. Ltd.’s Ito-Yokado have also been stepping up their investments in e-commerce as Japanese consumers, long wary of buying food online, are starting to use online grocery services.

All these persons have been kept in single-room isolation in designated healthcare facilities by respective State governments The number...
Read more
Trending

The Bhartiya Kisan Union Lokshakti said the principle of natural justice is going to be violated as those appointed to the four-member committee “have...
Read more
World

‘Around 150 firefighters were expected to work overnight into Sunday to bring the 80-100 hectare blaze under control’ Australian firefighters said they expect to...
Read more
Lifestyle

Matters of the Mind: Farmers, fights and foresight

Matters of the Mind: Farmers, fights and foresight Disclaimer: This post has not been edited by our staff and is published from a syndicated feed....
Read more