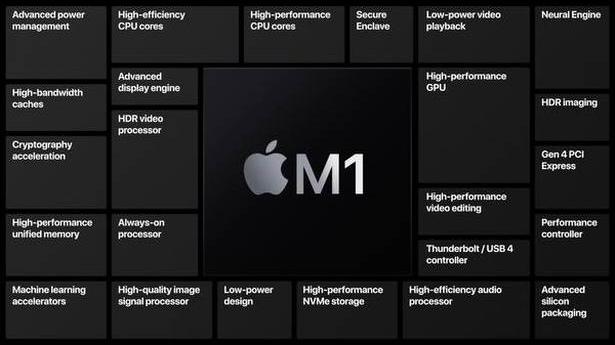 At the November 10 ‘One More Thing’ Special Event, streamed virtually from Apple Park, California, Tim Cook and his team at Apple unveiled the first Apple Silicon SoC (system on a chip): M1.

Apple Silicon, which has taken close to a decade to perfect, was first announced at the virtual Worldwide Developer Conference 2020 (WWDC20).

The video goes into specifications of what went into Apple’s new M1 chipset.

What could have been a harmless food photo has now turned into a storm in a bowl for Kangana...
Read more
National

Watch | How the wild elephant ‘Shankar’ was captured after a...

A video on how a wild elephant named Shankar, alleged to have trampled three people to death, was captured by the forest department In December...
Read more
Technology

Mumbai Police submit report in court on probe against Kangana on...

The case pertains to the hateful messages posted by the actor and her sister on social media. Mumbai Police on Thursday submitted before a magistrate...
Read more
Trending

St. Lucia, on behalf of CARICOM group of countries expressed appreciation and thanked India and South Africa for vaccine supplies to them A group of...
Read more

Listing slightly to one side as an automated fire-suppression system trained a stream of water on flames still burning at the base of the...
Read more
Bharat News