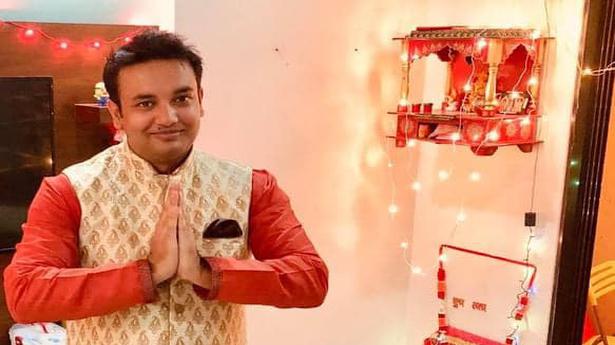 Dr. Gaurav Sharma, who was elected as a member of Parliament in New Zealand, took oath in New Zealand’s indigenous Maori language and Sanskrit, a classical language from India.

A doctor-turned-politician Dr. Sharma, hails from Hamirpur district in Himachal Pradesh. He had won the election from Hamilton West as the ruling Labour Party candidate. He had defeated Tim Macindoe of the National Party by over 4,386 votes.

When a Twitter user asked the reason behind choosing Sanskrit over Hindi for oath-taking, Dr. Sharma replied, “To be honest I did think of that, but then there was the question of doing it in Pahari (my first language) or Punjabi. Hard to keep everyone happy. Sanskrit made sense as it pays homage to all the Indian languages (including the many I can’t speak).”

The world's biggest social media company has been at loggerheads with Apple's 'App Tracking Transparency' feature. (Subscribe to our Today's Cache newsletter for a quick...
Read more

Australia will reduce the number of flights arriving from India due to the growing wave of COVID-19 cases in the world’s second-most populous...
Read more

Jill Biden to visit Navajo Nation, once floored by COVID-19

She’s expected to meet Navajo officials in the tribal capital of Window Rock, named for an opening in a red sandstone arch and where...
Read more

Indonesia looking for submarine that may be too deep to help