New Delhi, February 22 The Pune International Centre will co-chair this year's Asia Economic Dialogue that will be addressed by...
Read more 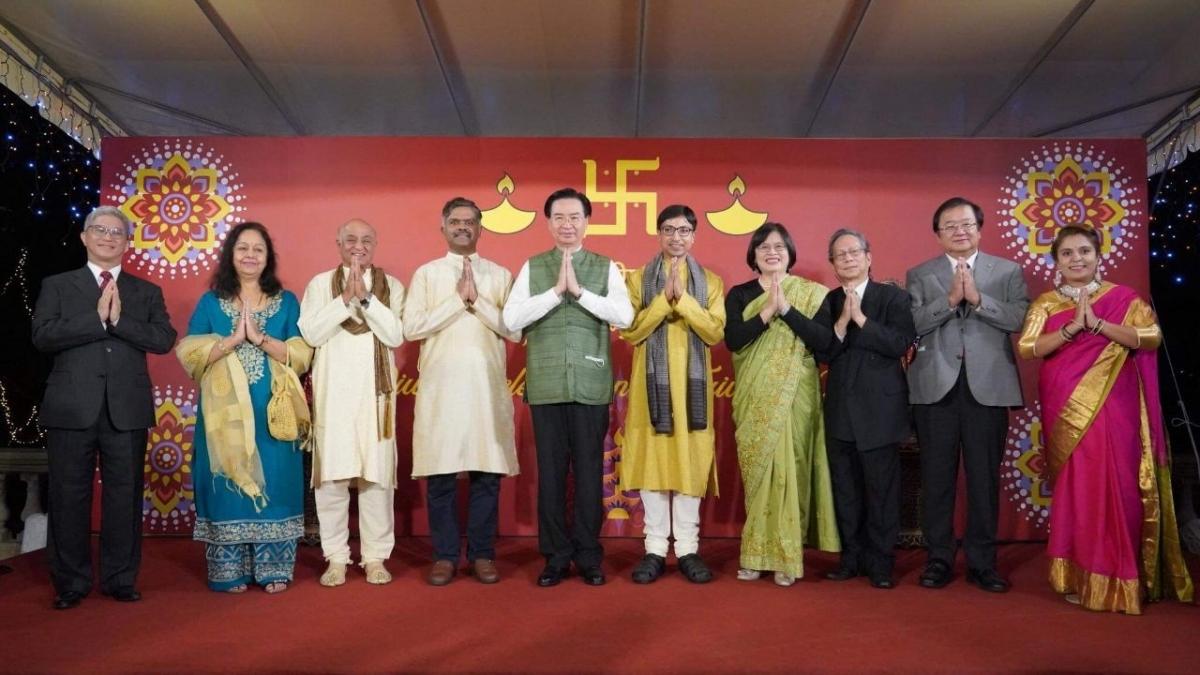 Twitteratti came out in support of Taiwan after it hosted a mega event to celebrate Diwali in its capital city Taipei on Friday. Several eminent personalities, including Taiwan Foreign Minister Jausheh Joseph Wu and Director-General of India-Taipei Association Gouranglal Das, attended the event.

The event, sponsored by the Taiwan government, was organized at Taipei Guest House, a historical landmark in the city that is often used to host government guests.

Sharing the photos of the event, Taiwan Foreign Minister Jausheh Joseph Wu wrote, “Happy Diwali to India and all friends around the world from the great fellow democracy. It’s awesome that I’m one of YOU tonight in Taiwan. We’re stronger together! Namaste JW”.

Speaking at the event, foreign minister Wu said, “Diwali is a festival that represents many things, including the triumph of light over darkness and knowledge over ignorance. In these difficult times, we take inspiration from Diwali as we work to combat the pandemic and return life to normal.”

“Diwali has acquired a global following, and it is celebrated not only by millions of Indians abroad but by millions of their friends in the adopted home. I am happy to see such a vibrant and dynamic Indian community in Taiwan, proudly displaying this glorious inheritance of ours,” Gourangalal Das was quoted as saying by Wion.

China claims that Taiwan, of the Republic of China, is part of its territory and considers the region as its province.

Twitter users appreciated the Taiwan government for showing the good gesture and soon “Taiwan” started trending on the social media platform. Here are some top tweets on the trend:

A user wrote: “How long will you keep a bird captive in a cage as one day it will fly away. @XiJingpingReal @globaltimesnews Wishing a Happy Diwali to all Taiwanese”.

Jai shri Ram in Taiwan. Govt sponsored Diwali was celebrated across Taiwan today with representative in attendance. Taiwan wants to boost ties with India and claims they are officially the Republic of China. Densely populated country has 89% Buddhist population pic.twitter.com/jM0oh2isl1

Bhagyashree on quitting films after Maine Pyar Kiya: ‘I wasn’t true to my God, I did not value my success’

Actor Bhagyashree is one of those rare actors who left Bollywood at the height of her popularity, choosing to...
Read more
National

Mango lovers can rejoice as a bumper yield is expected this year in the State.Mango orchards across the State are in full bloom, as...
Read more
National

Emma Coronel Aispuro, 31, is a dual citizen of the U.S. and Mexico. The wife of Mexican drug kingpin and escape artist Joaquin “El...
Read more

Shopkeepers fight over customers with sticks and rods in UP; video goes viral [watch]