Who is Amanda Cerny? 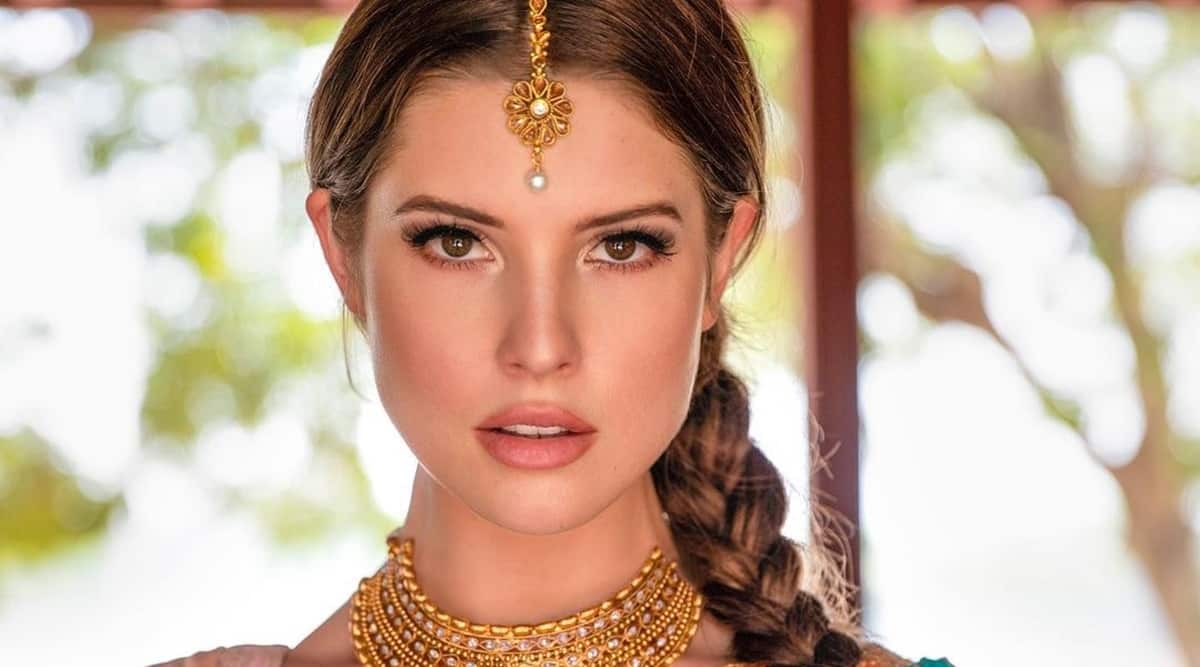 Social media star Amanda Cerny is making headlines once again in India. She recently shared photos of herself in the desi avatar on Instagram, and netizens are going gaga over the pictures. Earlier, she made news for her striking resemblance with Bollywood actor Jacqueline Fernandez. The two even collaborated for a podcast.

Here’s everything to know about Amanda Cerny.

Who is Amanda Cerny?

Amanda Cerny was born in Pittsburgh, Pennsylvania. She lives in Los Angeles, California.

What does Amanda Cerny do?

Amanda Cerny is the founder of video on-demand service Zeus. She has written and directed over 3,000 comic skits and music videos.

As a model, Amanda has partnered with brands like Nike, Marc Jacobs, Guess and others.

Amanda Cerny’s first film was The Bet in 2016. She also had a recurring role on Adam Devine’s House Party that aired on Comedy Central. Amanda has guest-starred on Hello Ladies and The Late Late Show with James Cordon on HBO. She has also featured in music videos for DJ Chuckie, Eli Roth, and Dillon Francis.

Amanda has also worked as a fitness guru and philanthropist in Haiti and Puerto Rico.

When did Amanda Cerny get noticed in India?

Amanda Cerny again made headlines in India in September 2018 when Jacqueline Fernandez met her, and the two posted pictures from their meeting on social media. People took no time in calling her Jacqueline’s lookalike.

After Jacqueline extended an invite, Amanda Cerny came to India in March 2019 to perform at the YouTube fanfest in Mumbai. Amanda performed on Nora Fatehi’s “Dilbar” and Loveyatri song “Akh Lad Jaave” at the fest. Jacqueline also took Amanda around several popular eateries in Mumbai. Amanda also attended the special screening of Salman Khan’s Notebook, along with Jacqueline.

Amanda made news once again when she shared several clicks of herself sporting a desi look on Instagram. Through her Diwali posts, she wished her Indian fans. From a saree to lehenga and salwar kurta, Amanda is pulling off every Indian attire with grace.

Amanda also dropped a hint that she is coming up with a special episode for Diwali. Her caption read, “New beginnings and the triumph of good over evil, and light over darkness. 💫 #teamcerny #happydiwali #almost #feelsgoodpodcast #diwali surprise guest episode coming soon 💫🥰” In another caption, Amanda wrote, “All the lights of the world cannot be compared even to a ray of the inner light of the Self.”

While a lot many people struggle with losing weight, weight loss is a journey that is extremely personal. There...
Read more
National

At least 153 people have been killed in Gaza since Monday, including 42 children, health officials said Israel bombed the home of Hamas’s chief...
Read more