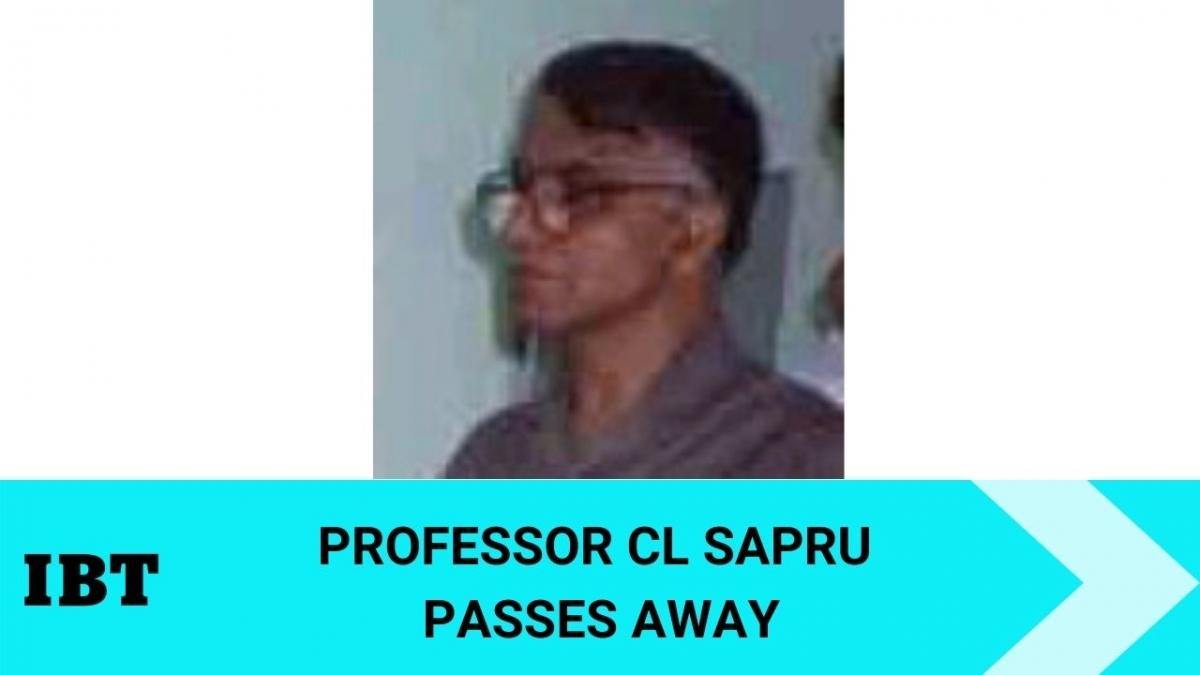 In a huge loss to the world of literature, Chaman Lal Sapru – a renowned professor and writer from J&K passed away on Tuesday. His contributions are significant, not just in literature but in the cultural history of Kashmir. Prof Sapru has many first to his credits – ranging from first Hindi lecturer in J&K state, a journalist, and a well-known social activist.

Who was CL Sapru?

Prof Sapru started his education from his father Pandit Tarachand Sapru, who was an educationist and one of the first graduates in J&K. He then went on to graduate from erstwhile J&K University and did post-graduation from Punjab University at Solan.

Professor Sapru started the first Hindi monthly magazine Kashyap after independence in 1959 and then started a quarterly Hindi journal Satisar from Kashmir. He has authored eighteen books including Santoor-Ke-Swar, Kesar-Aur-Kamal & Ramakrishna Katha Amryath.

His contributions did not go unnoticed as he received several National Awards and honors, including Sauharda Samman (U.P. Govt), Best Book Award M.O.H.R.D from Govt. of India & J&K, State Academy of Art, Culture and languages, and Hindi Academy of Govt. of Delhi.

Prof. Sapru also founded the Secretary of the Ramakrishna Ashrama, Srinagar. He was also a member of the Jammu and Kashmir Dharmarth Trust founded by Maharaja Gulab Singh.

The vaccination programme for which dry runs were made over the weekend will commence on Friday. Sri Lanka will purchase 2 to 3 million...
Read more