WPI inflation at 8-month high of 1.48% in Oct on costlier manufactured items

‘Could not predict exact nature of 2nd wave’: Scientists working on mathematical models 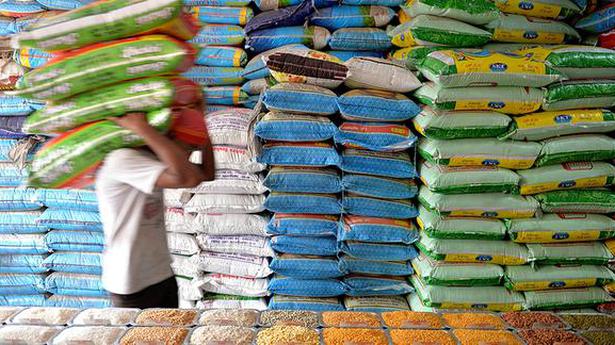 This is the highest level of Wholesale price index-based (WPI) inflation since February when it was 2.26%

The wholesale price-based inflation rose to an eight-month high of 1.48% in October, as manufactured products turned costlier.

The WPI inflation was 1.32% in September and zero per cent in October last year.

This is the highest level of Wholesale price index-based (WPI) inflation since February when it was 2.26%.

While food article prices softened in October, manufactured items witnessed hardening of prices, according to data released by the Commerce and Industry Ministry on Monday.

The rate of price rise in vegetables and potato remained high at 25.23% and 107.70%, respectively, during the month.

Inflation in non-food articles and minerals was higher at 2.85% and 9.11%, respectively.

In the manufactured products category, inflation stood at 2.12% in October, compared to 1.61% in September.

The retail inflation, based on the consumer price index, was 7.61% in October, data released last week showed.

The Reserve Bank in a report on the state of economy last week had also flagged unrelenting pressure of inflation as a downside risk confronting the prospects of economic recovery.

“The foremost is the unrelenting pressure of inflation, with no signs of waning in spite of supply management measures… There is a grave risk of generalization of price pressures, unanchoring of inflation expectations feeding into a loss of credibility in policy interventions and the eventual corrosion of the nascent growth impulses that are making their appearance, ”the RBI said.

The Odisha government has declared working journalists as Frontline Covid Warriors, recognising the risks they undertake to cover the pandemic. Approving a proposal to this...
Read more
National

France delivered eight oxygen plants on Sunday, four of which government sources said would be used for hospitals in Delhi, as questions were put...
Read more
Entertainment

Actor Harshvardhan Rane has announced that he will be selling his motorcycle to buy a few oxygen concentrators that will be used to help...
Read more

Taxpayers with a turnover of over Rs 5 crore have been given 15 days extra time to file monthly summary return GSTR-3B and pay...
Read more

What are income tax rules on PPF maturity proceeds when you move abroad?