All India Kisan Sabha to hold mahapanchyats in Rajasthan next week

This was not just a toolkit, real plan was to defame India, police tell court hearing Disha’s bail plea 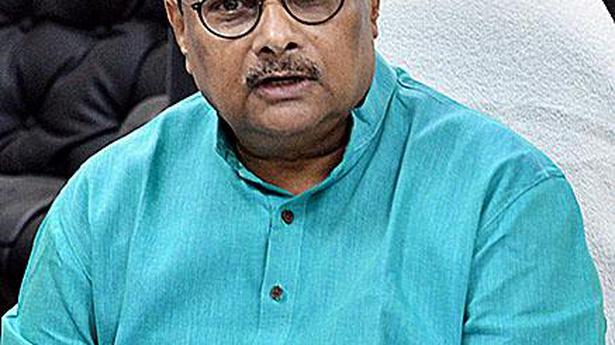 TDP Polit Bureau member Yanamala Ramakrishnudu has asserted that sale of lands belonging to the Visakhapatnam Steel Plant (VSP) is not legally valid.

In a statement on Friday, Mr. Ramakrishnudu said the owners had parted with their land to the VSP with the hope that their children would have a bright future.

“Chief Minister Y.S. Jagan Mohan Reddy, on the other hand, has put forth the proposal to sell away the lands. The aim is only to benefit his party leaders,” the Leader of the Opposition in the Legislative Council alleged.

“The hidden agenda is to sell the lands through the Central government and, thereby, avoid bad name for the YSRCP,” he alleged.

The Chief Minister’s ultimate plan was to get possession of the lands through his benamis, the TDP leader alleged.

“The steel plant lands have a high market value of more than ₹3 crore per acre. Any benefit from the lands should go to the residents and not to the CM’s benamis,” he said.

The main demand of the people of the Port City was that the Chief Minister should talk to the Centre and stop privatisation of the steel plant, he said.

The YSRCP government had already handed over the Kakinada SEZ and the Bay Park to the Chief Minister’s benamis, he alleged.

Home Secretary S.K. Prabakhar in the order said the Director General of Police had furnished the details of the...
Read more
National

British star Tom Hardy has partnered with filmmaker Gareth Evans for his next movie. Titled Havoc, the new project is a crime thriller for Netflix...
Read more
Trending

All India Kisan Sabha to hold mahapanchyats in Rajasthan next week

Home Secretary S.K. Prabakhar in the order said the Director General of Police had furnished the details of the cases to be considered for...
Read more

Siddaramaiah to construct Ram temple in his native village

Former Chief Minister Siddaramaiah on Saturday said he is having a Ram temple constructed in his native Siddaramanahundi near here.He told reporters in Mysuru...
Read more