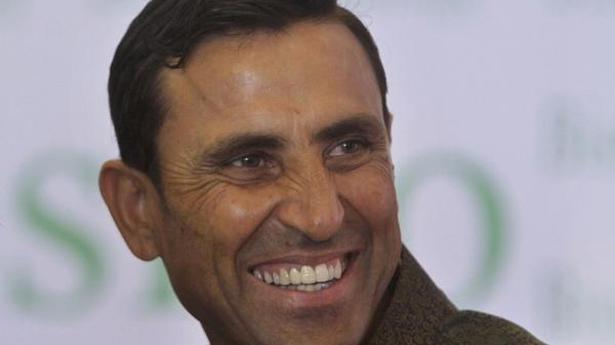 The PCB said it had received positive feedback about Younis’ role during tour of England, which paved way for is contract extension.

“I am delighted that Younis will now be with for, at least, the next two years as our batting coach. The feedback we received about Younis’ impact in a short period of time in England was excellent,” Pakistan Cricket Board Chief Executive Wasim Khan said.

“His work ethics, commitment and knowledge are second to none, and I am confident that his appointment will benefit a number of talented batsmen.”

When not on national duty, Younis will work at the High Performance Centre at Karachi, where he’ll be joined by another Pakistan legend Mohammed Yousuf.

“The PCB will also be utilising Younis Khan’s expertise and skills when he is not on national duty as he will help local batsmen hone their skills.”

“This is part of the PCB’s strategy to appoint highly-qualified and respected coaches across all major centres of the country so that we can start producing cricketers who can represent Pakistan with distinction,” Wasim added.

In his playing career, Younis had scored 10,099 runs in 118 Tests, including a career-best 313. He also became world number one batsman in the ICC rankings.

He also led Pakistan to its maiden T20 World Cup triumph in 2009.

“I am pleased to join the Pakistan cricket set-up on a long-term basis,” Younis said on his part.

“I felt honoured when I was given the opportunity this summer and thoroughly enjoyed my time, and I now look forward to continuing the work with the same group of people on an important tour of New Zealand,” Younis said.

The former skipper is happy that he has been entrusted with the duty of unearthing young talent.

“I am particularly happy that my scope of work has been extended beyond the national duties. I am equally interested and keen at working at the domestic level by identifying potential batsmen and then helping them improve their skills,” he added.

The PCB also announced the appointed former Test spinner Arshad Khan as the women’s team’s bowling coach for one year.

Rice and wheat dominate cereal production and it's also known that they are intensely water-consumptive crops. States with critically low groundwater reserves were...
Read more
Trending

The interesting thing is the majority of the players belonged to two provincial teams. The Pakistan Cricket Board has started a probe into how...
Read more

A Sunil Chhetri spot-kick decided a tense Chennaiyin FC-Bengaluru FC tie and brought his team its first win of the 2020-21 ISL campaign at...
Read more

Real Madrid coach Zinedine Zidane takes his side to Sevilla this weekend after insisting he has no intention of resigning despite a disastrous recent...
Read more